US Republican Senator John McCain expressed hope that Donald Trump will carry out a hard-line policy toward Russia.

MOSCOW (Sputnik) — Washington should go back to the principle of "peace through strength" in relations with Russia, which was implemented by Ronald Reagan in the 1980s, US Republican Senator John McCain said.

"We cannot reward misbehavior, we have to go back to Ronald Reagan: Peace through strength. Get strong and then deal with [Putin], and that way is the only way we can get there," McCain told Fox News in an interview published Thursday.

McCain expressed hope that advisers of US President-elect Donald Trump, including Defense Secretary nominee James Mattis, would be able to persuade the president-elect to carry out a hard-line policy toward Russia.

Earlier this week, McCain, who has been Russia’s vocal critic throughout his career, conceded that the United States was not leading the new effort to relaunch intra-Syrian talks that would get underway next week in Kazakhstan’s capital of Astana. According to the senator, the role of Washington in the Middle East affairs has diminished, while Russian President Vladimir Putin has manged to propel Moscow to the position of the leading player in the region. 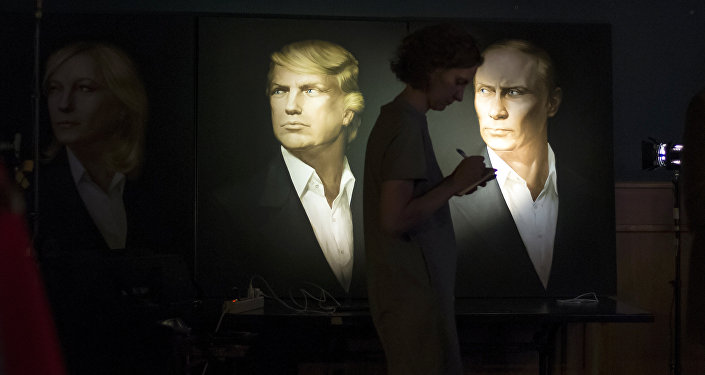 © AP Photo / Alexander Zemlianichenko
Pence: Trump Set to Improve Ties With Russia While 'Resetting' Respect for US
Trump has repeatedly signaled a willingness to normalize US relations with Russia after the bilateral ties deteriorated under US President Barack Obama.

In a Sunday interview with The Times and Bild Trump said that US sanctions against Russia could be lifted in exchange for a bilateral agreement on the reduction of nuclear weapons. Kremlin spokesman Dmitry Peskov said that Moscow did not intend to raise the issue of lifting sanctions at international contacts.

Pissgate: McCain's Prelude to a Bloody Spectacular in Ukraine