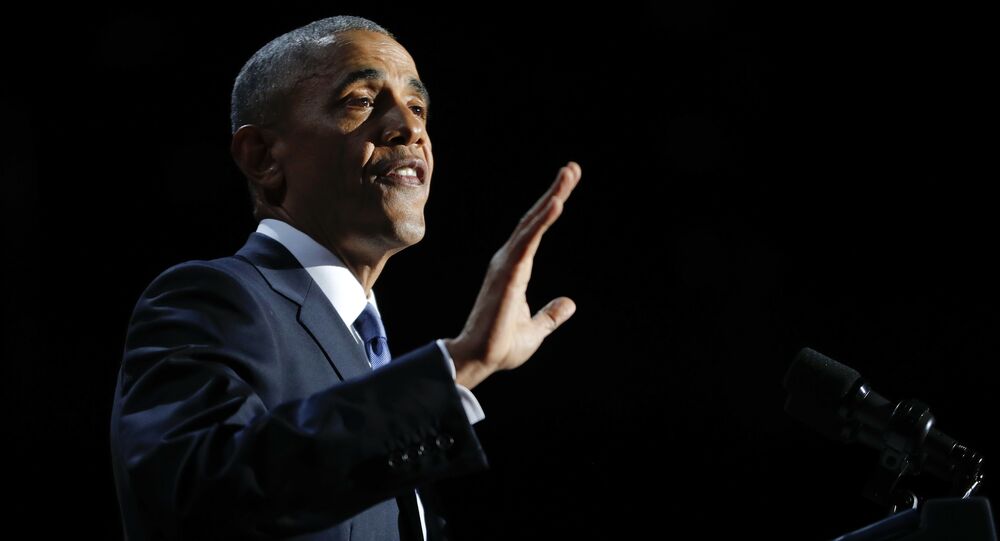 Outgoing US President Barack Obama's move to commute the sentence for whistleblower Chelsea Manning is an attempt to save his own reputation, Anatoly Kucherena, the lawyer of US whistleblower Edward Snowden, said Wednesday.

MOSCOW (Sputnik) — Manning's sentence was commuted by the White House on Tuesday. The whistleblower, who was sentenced for 35 years in jail in 2013 for releasing US classified government information, is now due to walk free on May 17.

"Regarding the commuting of Manning's sentence, I can say that outgoing president Obama is trying to at least somehow retouch his reputation, and these games, including the ones with Manning, just days before departure, amount solely to showing the world that he has a heart and that he took this step. I don't think that this is sincere or honest. This is high politics after all," Kucherena told RIA Novosti.

Snowden himself has welcomed the move and thanked Obama, as well as thanking those who campaign for Manning's release. WikiLeaks, which had published Manning's leaks, called the decision a "victory."

Let it be said here in earnest, with good heart: Thanks, Obama. https://t.co/IeumTasRNN

© AFP 2021 / CARL COURT
After Manning's Reprieve, Attention Turns to Fate of Snowden and Assange
Regarding Snowden, who is also wanted by US authorities and has been granted residency in Russia, the lawyer stated that the whistleblower does not count on receiving a fair trial.

"The State Department, as well as some politicians from the [Obama] administration, continue to pour more and more dirt and forming a negative opinion on Edward Snowden. Hoping for a fair and just trial given these conditions would be impossible," Kucherena stated.

Manning was arrested in May 2010 in Iraq, while serving in the US army. Then-Bradley Manning admitted disclosing classified information to WikiLeaks, concerning deaths among civilians caused by US airstrikes, Guantanamo prisoners and about 250,000 US diplomatic letters.