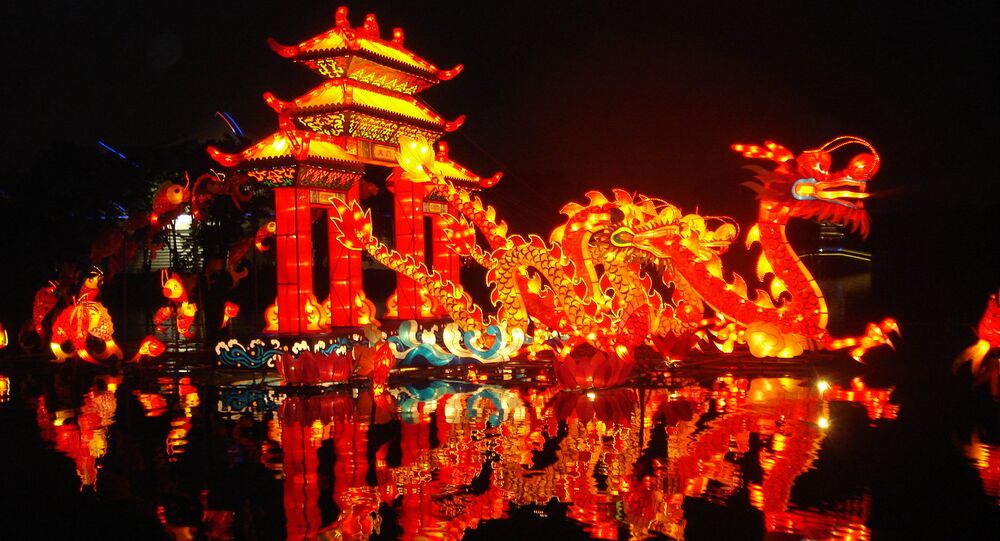 The potential Sino-American economic confrontation under Donald Trump will prompt China to make the New Silk Road a cornerstone of its economic strategy, Russian expert on Chinese affairs Nikolay Vavilov noted, adding that Russia is likely to play a bigger role in the Beijing-led project.

US President-elect Donald Trump's approach to US-China relations will prompt Beijing to concentrate on its New Silk Road strategy, Nikolay Vavilov, an expert of the Committee of External Relations of Saint Petersburg, believes.

"Under the rule of isolationist forces in the US administration, brought to power by new [President-elect] Donald Trump, Sino-American ties will weaken and China will turn to Eurasia; it will make the New Silk Road [initiative] the core strategy for China's social and economic stability and development," Vavilov said at the recent conference "Megaregion Great Eurasia: Models of Cooperation and Confrontation" in Rostov-on-Don, as cited by RIA Novosti.

According to Vavilov, China's New Silk Road initiative may become a viable alternative to Sino-American cooperation.

© AP Photo / Shannon Stapleton, Pool
Trump's Confrontation With China Will 'Add Yet Another Headache on Top of US Existing Problems'
At the same time, the expert envisions that Russia may play a bigger role in the China-led project.

He called attention to the fact that the prospects of creating alternative transport routes in the Caucasus remain dim. For instance, the Nagorno-Karabakh conflict simmering between Armenia and Azerbaijan has thrown into question the efficiency of the Baku-Tbilisi-Kars railway, intended to complete a transport corridor linking Azerbaijan to Turkey. The railway was regarded by Beijing as part of Silk Road's land route to Europe.

These conditions could pave the way for the creation of joint Sino-Russian industrial and logistic platforms in the Russian sector of the Caspian-Black Sea region, which is believed to be the most secure transit area in Eurasia, Vavilov highlighted.

According to the expert, these developments may boost Sino-Russian strategic cooperation in Eurasia and accelerate economic and political integration processes in the continent.

At the same time, he believes that Washington will continue to exert further pressure on China along its traditional sea lanes in the Taiwan Strait, the South China Sea and the Indian Ocean.

That would prompt China to place greater emphasis on the development of secure land routes through the Eurasian continent, Vavilov suggested.

"Over the next several years, China will devote significant resources to the construction of Eurasian trade routes under its Belt and Road Initiative. As transit routes come online, the proportion of Chinese maritime trade passing through South China Sea chokepoints will shrink," Stratfor predicted.

The intelligence firm highlighted that China's economy is dependent on foreign trade, with 90 percent of Chinese goods travelling by sea. That makes it relatively easy for an adversary to disrupt China's trade thus imposing a blockade on China, Stratfor's report underscored.

For his part, Malaysian academic and geostrategic analyst Mathew Maavak insists that Beijing needs to redirect its land routes through "safe regions," and to avoid crossing embattled zones in Central Asia, the Middle East and the Caucasus.

Speaking to Sputnik in August 2016, the Malaysian analyst underscored that "the safest trade routes in the near-future would look something like the China-Mongolia-Russia Economic Corridor."

© Flickr / Martha de Jong-Lantink
Redrawing New Silk Road: China 'to Shift Its Focus to Russia, India'
Pavel Rodkin, Associate Professor at the National Research University High School of Economics (NRU-HSE) and member of Rossiya Segodnya's Zinoviev Club, also believes that the potential economic conflict between China and the US will shatter the established balance of power.

"The transition to a new model of relations [between the US] and China is becoming the leitmotif of Donald Trump's presidency," Rodkin noted in his op-ed for RIA Novosti.

According to the Russian academic, today China positions itself as a viable alternative to the "Western neo-liberal capitalism."

However, he assumed that Russia may find itself at crossroads.

"America really wants to use Russia in its fight against China. I believe that the US will make attempts to pit Russia and China one against another… And that could make Russia an easy prey in the unfolding new great power game," Rodkin suggested.