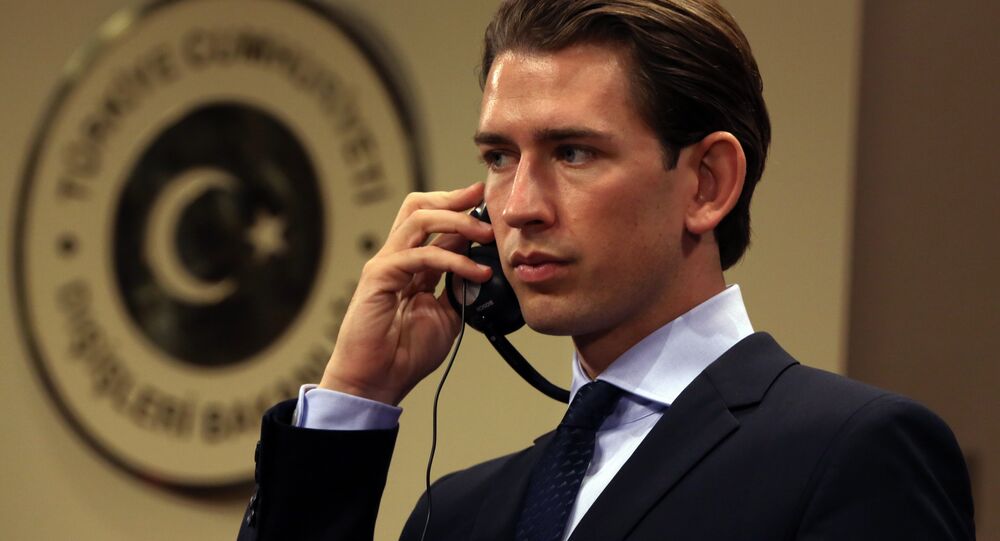 MOSCOW (Sputnik) — Since 2014, relations between Russia and the European Union and the United States, deteriorated amid the crisis in Ukraine. Brussels, Washington and their allies introduced several rounds of sanctions against Russia over its alleged involvement in the Ukrainian conflict.

In response to the restrictive measures, Russia has imposed a food embargo on some products originating in countries that have targeted it with sanctions.

"The lifting of EU economic restrictive measures against Russia is linked to the full implementation of the Minsk Agreements. Since up to now there has only been small progress with regard to the fulfilment of the Minsk agreements, the sanctions were recently prolonged until the end of July 2017. In my view, in the case of visible and verifiable progress on the Minsk agreements, a gradual lifting of these measures should be discussed. However, this does not apply to the sanctions adopted as a response to the illegal annexation of Crimea," Kurz said.