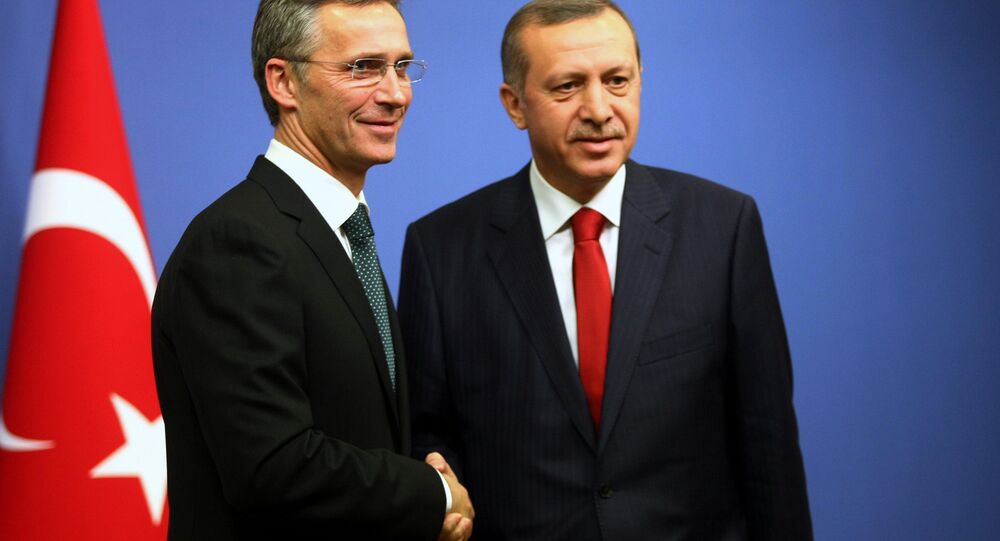 In a recent interview with The Times newspaper, United States President-elect Donald Trump claimed that NATO is an obsolete organization since it is not much engaged in fighting terrorism and its members are not contributing enough.

"I said a long time ago that NATO had problems. Number one it was obsolete, because it was designed many, many years ago. Number two the countries aren’t paying what they’re supposed to pay. I took such heat, when I said NATO was obsolete. It’s obsolete because it wasn’t taking care of terror," Trump told the newspaper.

© REUTERS / Kacper Pempel
Trump's Remark on NATO 'Delegitimizes' the Alliance as a 'Relic of the Past'
Some were not surprising since Trump has long been a vocal critic of the alliance in its current state, said Ahmet Berat Çonkar, a Turkish lawmaker from the ruling Justice and Development Party (AKP).

During his presidential campaign, Trump called into question the viability of NATO, the disproportionate US financial contribution to the alliance and Washington’s pledge to defend NATO’s members as per Article 5 of the Washington Treaty that established the alliance in 1949.

"Many in the US have long criticized NATO over the fact that the alliance shoulders the almost unbearable burden of protecting Europe. Many believe that the US spends too much money on the alliance, without visible returns. This is harmful to the American economy," Çonkar told Sputnik Turkiye.

The lawmaker also underscored that the alliance is rightfully criticized for lacking initiative on counterterrorism efforts and the migrant crisis.

"Let’s take Turkey as an example. As a member of NATO, Turkey is engaged in active counterterrorism efforts. At the same time, the fact that other country members lack solidarity with Turkey proves that Trump is right," he said.

© REUTERS / USAF/Handout via Reuters
Turkey 'Testing the Waters' by Hinting NATO Could Be Kicked Out of Incirlik
According to Çonkar, the alliance should work out a more realistic and comprehensive strategy which would focus on the priority regional and global challenges.

Furthermore, the lawmaker suggested that Trump’s statements will pave the way for a serious discussion about the future of NATO.

"The main question is whether NATO members are able to fulfill their obligations, including in maintaining security and distributing the financial burden. There are assumptions that the new US presidential administration will not tolerate the lack of financial contributions from certain NATO members," Çonkar said.

According to the lawmaker, NATO should reconsider its priorities, placing focus on fighting terrorist organizations posing a threat to the stability and security of the alliance.

Trump: NATO Obsolete, Not Much Engaged in Counterterrorism