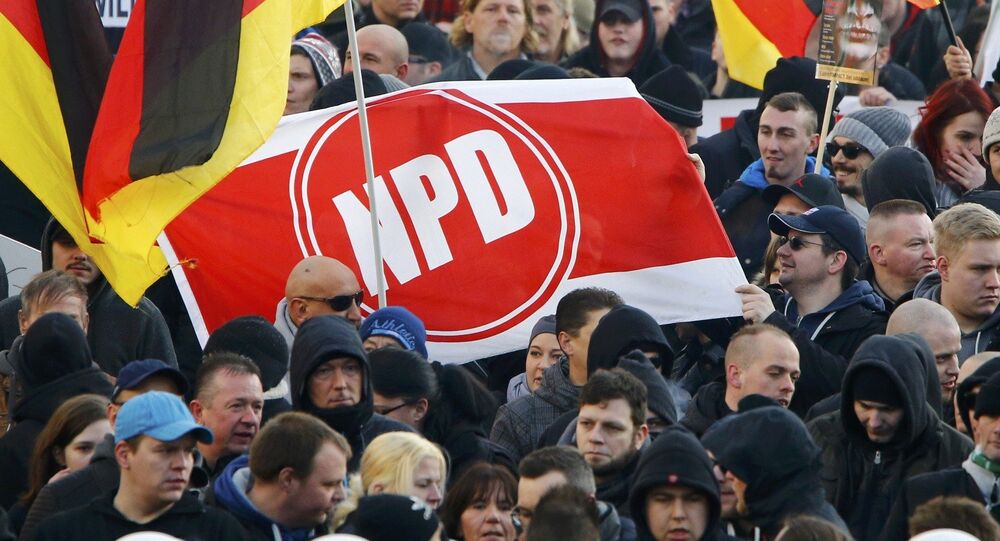 MOSCOW (Sputnik) — The supreme court agreed with prosecutors that the NPD advocated "abolishing the existing free democratic basic order" and replacing it with an ethnically-defined authoritarian national state.

"The NPD acts in a systematic manner and with sufficient intensity towards achieving its aims that are directed against the free democratic basic order. However, (currently) there is a lack of specific and weighty indications suggesting that this endeavour will be successful," the judgment read.

"For that reason the Second Senate of the Federal Constitutional Court, in its judgment pronounced today, unanimously rejected as unfounded the Bundesrat’s admissible application to establish the unconstitutionality of the NPD," the court concluded.

The upper-house Bundesrat first tried to outlaw the party, accused of neo-Nazism and anti-Jewish sentiment, in 2001. It failed after two years of judicial inquiry, prompting lawmakers to file a new petition in 2013.

But the top court said today it could not abolish a party based on its ideology alone, adding a party needed to "exceed the threshold of actually combating the free democratic basic order" in order to be banned.