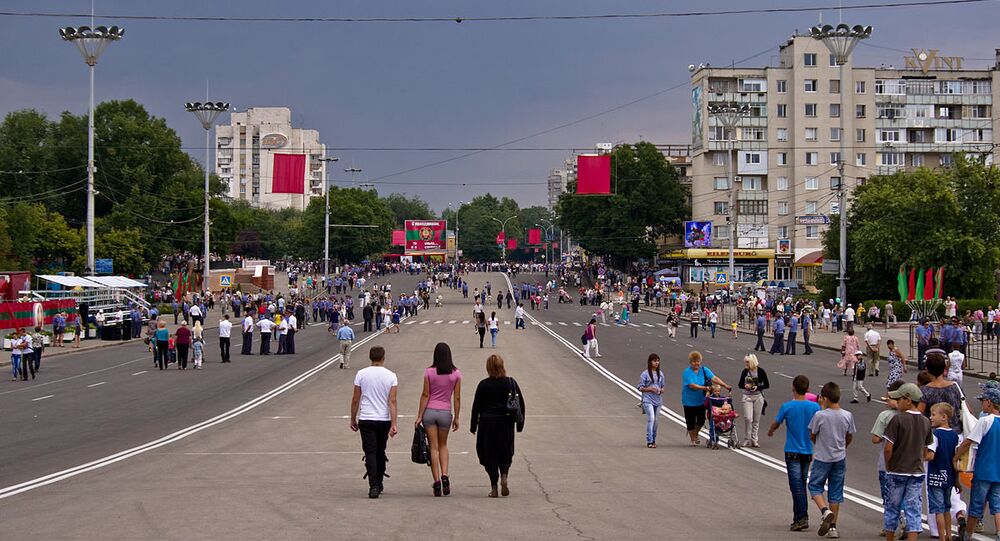 Russian President Vladimir Putin will meet with his Moldovan counterpart Igor Dodon on Tuesday to discuss the economic, trade, humanitarian and cultural cooperation between the two states, according to the Kremlin's press service.

© Wikipedia / Donor
'Independence From Moldova and Joining Russia Are Transnistria's Fate' - President
MOSCOW (Sputnik) – Dodon will visit Moscow on January 16-18 at the invitation of the Russian president. In mid-November, the Russian leader congratulated Dodon on his electoral victory and said he hoped for constructive dialogue and active joint work to develop the Russian-Moldovan relations in line with provisions of the Friendship and Cooperation Treaty.

Kremlin spokesman Dmitry Peskov noted that on Monday, Putin devoted his attention to the preparations for the talks. Peskov also reminded that it had been a long time since the latest high-level Russia-Molova talks were held and noted that the visit to Russia would be Dodon’s first foreign trip as the president.

Dodon and Putin are expected to discuss the present state and prospects of bilateral cooperation in such areas as economy, trade and culture, according to the Kremlin press service.

"On January 17, the two presidents will hold talks to discuss the status and prospects of bilateral cooperation in trade, the economy, culture and in humanitarian issues. They will focus on current regional issues, primarily the resolution of the Transnistrian dispute," the press service said in a statement.

© Flickr / Minamie's Photo
Transnistria Leader Repeals Permit to Use Army in Counter-Terror Operations
In late December, Dodon said that he intended to discuss resumption of Moldovan good’s delivery to the Russian market as well as the issue of migrant workers in Russia, as, according to different estimates, some 500,000 Moldovan nationals work in Russia.

Also in December, Russian Deputy Prime Minister Dmitry Rogozin said he believed that the meeting of the two presidents may become the key to resolution of all issues, that had accumulated in the relations between the states.

Transnistrian conflict resolution is expected to be one of the major topics at the meeting between Putin and Dodon. Russia has been an active participant in the conflict settlement since 1990 when Transnistria, mostly populated with Russians and Ukrainians,  broke away from the Soviet Republic of Moldova in 1990, fearing the country might seek to reunify with neighboring Romania. The move triggered a war that ended in a ceasefire in July 1992, but the conflict has remained unresolved. Russian peacekeepers have been preserving peace in the region, along with their Moldovan and Transnistrian counterparts.

© Wikipedia / Donor
Moscow Interested in Revitalization of Talks on Transnistria Settlement – Deputy PM
Despite international efforts on finding a mutually acceptable solution between Moldova and Transnistria, the negotiation process between the conflict sides is currently at a standstill.

During his election campaign, Dodon stressed the need to improve Chisinau's relations with Moscow, especially in the economic sphere, and even suggested that Moldova should hold a referendum on whether the country should withdraw from the 2014 political and trade agreement with the European Union and instead join the Russia-led Eurasian Economic Community.

Moldova Asks NATO to Kick Russian Peacekeepers Out of Transnistria