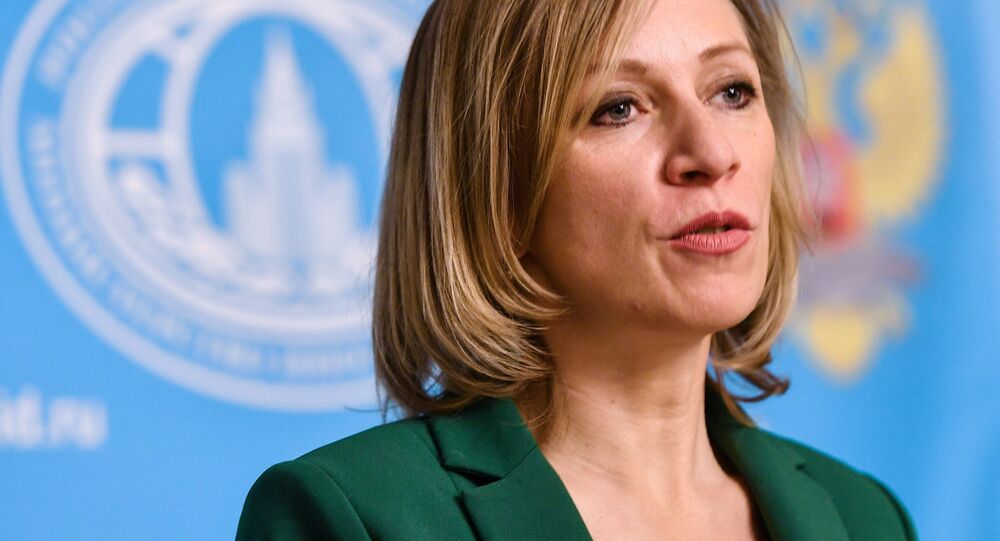 US Intelligence Made 'Attempt to Recruit' Russian Diplomat

Several years ago, US intelligence tried to recruit a Russian diplomat to its ranks, while blackmailing him and accusing him of illicit drug trafficking, Russian Foreign Ministry spokeswoman Maria Zakharova told TV Channel Russia 1 on Sunday.

© Sputnik / Press service AEROFLOT
Russia to Send Plane for Russian Diplomats and Their Families Expelled From US
The incident took place when the diplomat bought medication for the former head of the Russian government Yevgeny Primakov.

According to Zakharova, the diplomat was assigned to buy the expensive medication that cost $10,000 and was essential for Primakov's treatment, after he received the corresponding money transfer from Russia.

The spokeswoman stressed that all formal requirements were fulfilled, including necessary health certificates and medical prescriptions.
But just as the diplomat was entering the pharmacy, he was approached by US intelligence officers who escorted him to the basement of the shop and "talked to him" for about an hour.

"The things they said to him resembled an attempt to recruit him, rather than any adequate discussion," Zakharova said.

© Sputnik / Iliya Pitalev
US Embassy Refuses to Comment on Status of Diplomats Deported From Russia
She also added that the intelligence officers tried to blackmail the diplomat by accusing him of illegal drug trafficking.

As a result, the medication was confiscated and the money was not returned. Although Zakharova noted that US Secretary of State John Kerry called the situation unacceptable and made every effort to deliver the medication to Russia, "it took a lot of time" and "it was too late," Zakharova said.

Despite Kerry's intervention in the situation, the Russian diplomat was ordered to leave the United States.

Yevgeny Primakov, who was the head of the Russian government in 1998-, died in June 2015 of liver cancer.

The Congressman and the Diplomat: Two Men Who Could Be US Ambassador to Russia