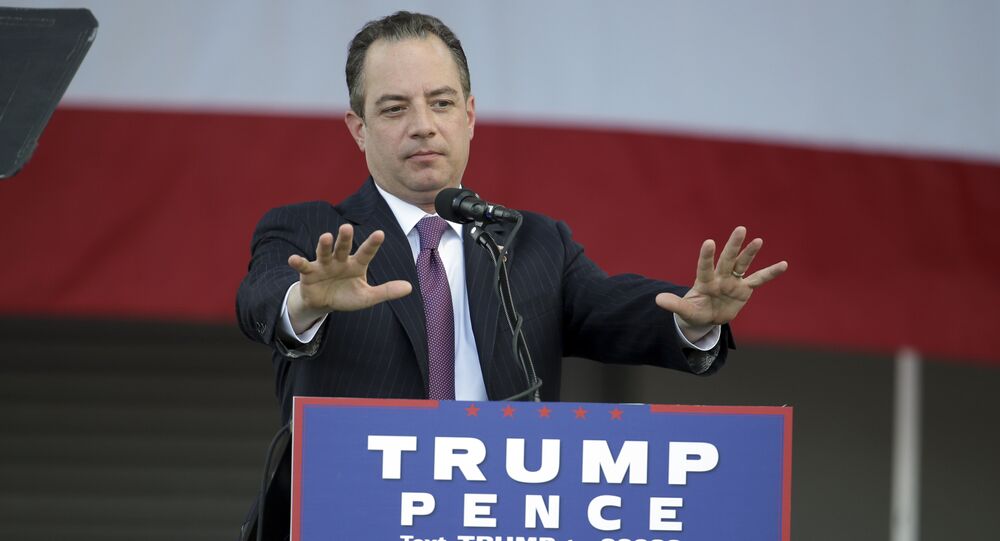 The Iran nuclear agreement is "on life support," incoming White House Chief of Staff Reince Priebus said January 15, but he wouldn't say whether, in the end, it might survive a Trump administration.

President-elect Donald Trump campaigned on promises to "tear up" the historic deal that swapped sanctions relief for commitments from Iran to end its uranium enrichment programs, limit its nuclear fuel stockpiles and allow international observers into its nuclear power and research facilities. His rhetoric has softened somewhat recently, to include terms like "renegotiate" rather than "dismantle."

© AP Photo / Martinez Monsivais
Thanks but no Thanks, Obama: Iran Deal 'Clinched, but not Thanks to the US'

"We all know that President-elect Trump doesn't like the Iran deal, thinks it's a terrible document, thinks it will create a nuclear arms race in the Middle East," Priebus said.

However, the decision on what to do with the deal would be a collective one, he explained. Trump will get his Cabinet, the intelligence community and "everyone you'd want in the room making decisions about that particular document" and treaties like it.

When pressed on whether chucking the deal could still be considered a promise, Trump's chief of staff said, "I think it's on life support, I'll put it that way, but I'm not here to declare one way or the other ultimately where this is going to go."

Some of the members of the team Priebus said would be in on the decision have not taken as strong a position as the president-elect. James Mattis, his choice for secretary of defense, called the agreement "imperfect" in his confirmation hearing last week, but said "when America gives her word, we have to live up to it and work with our allies."

Trump's pick for secretary of state, Rex Tillerson, said in his hearing he would recommend a "full review" of the deal with Iran, but also stopped short of suggesting scrapping it.