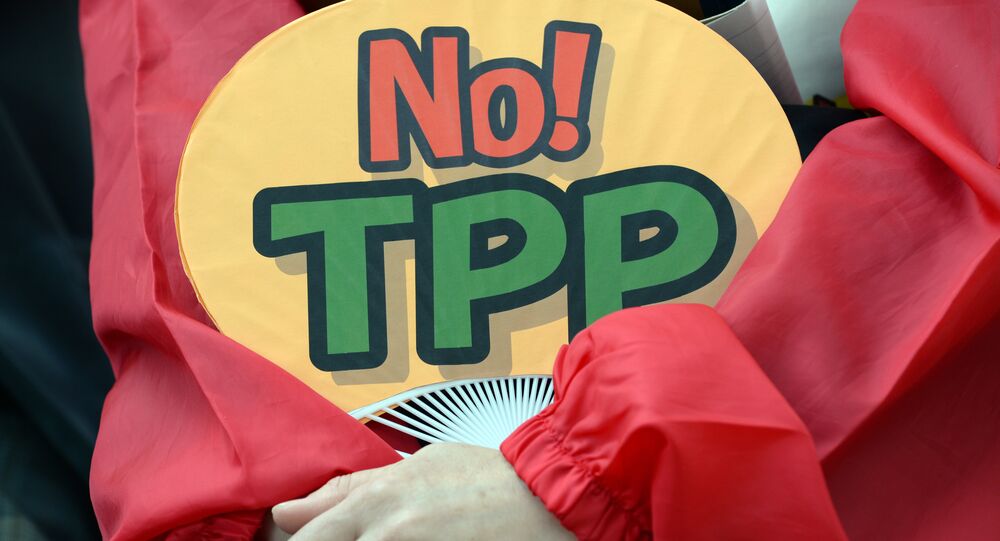 US President-elect Donald Trump by withdrawing from the Trans-Pacific Partnership free trade agreement would boost China and undermine American influence in the region, US Trade Representative Michael Froman said in a panel discussion at the Center for Strategic and International Studies.

© AFP 2020 / CHRIS KLEPONIS
Tillerson Says He Does Not Oppose TPP Free Trade Agreement
WASHINGTON (Sputnik) — “Withdrawing from TPP would be a huge gift to China in terms of damaging the US role in the region,” Froman stated on Friday. “I can’t understand why any president or administration would… say it's better that China set the rules for this region rather than the US.”

Trump has vowed to withdraw the United States from the TPP deal within the first 100 days of his presidency and impose tariffs on products from China. The president-elect’s nominee for Secretary of State Rex Tillerson, however, said in a confirmation hearing earlier this week that he does not oppose TPP.

Froman claimed that it will be hard for Trump to be tough on China and withdraw from the TPP at the same time, especially considering the trade deal’s economic benefits for the United States.