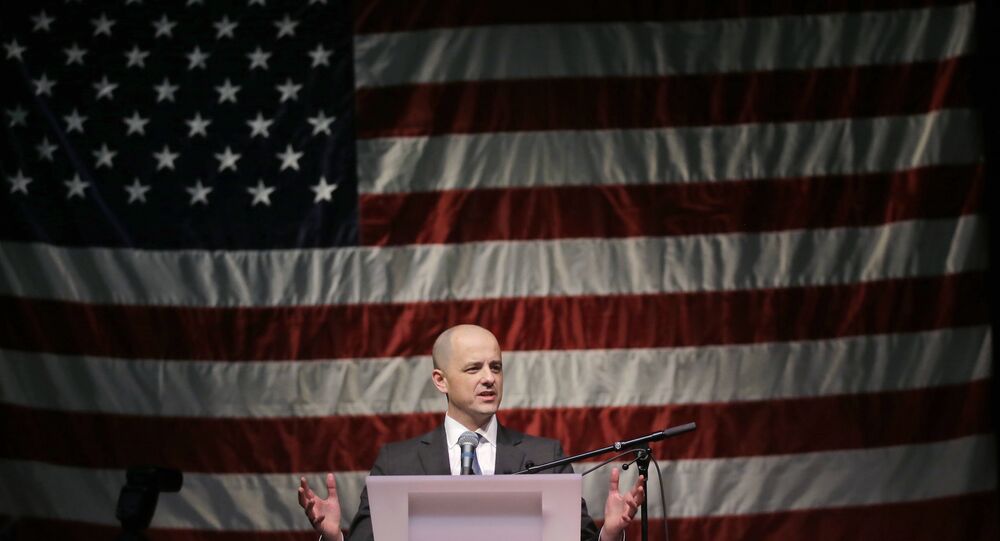 Former independent presidential candidate Evan McMullin said today that the US president-elect not only received help from a foreign power on his way to the White House, but that he was essentially a foreign agent.

Speaking to MSNBC January 8, McMullin said there were two "tests" to conduct to assess Trump's loyalties.

"The clear answer to that is yes, and that is very alarming."

With Trump's loyalties answered for, McMullin, who got about.05% of the popular vote in last year's election, moved on to treason.

"The second… part of the test is, does Donald Trump act under the control of a foreign power, and that's something that's very hard to determine. I think we would know more if we had his tax returns," he said.

McMullin is particularly disturbed by Trump's defense of "the Russians." The president-elect has flip flopped on a number of issues over the past year, but he has consistently said that having a good relationship with Russia is a good idea and remained skeptical about Russia's influence on the US election, even as inflammatory reports of Russian hacking abounded.

This is very bad, McMullin said. "It very disturbing and peculiar, to say the least, that Donald Trump, that there is one thing he's consistent on: it's his defense of Vladimir Putin and the Russians."

"That is something we need to know more about, but it is truly alarming, for sure."

Trump reiterated on Saturday that good relations with Russia were a good idea. Before that, he praised the Russian president's restraint in not lashing out after the US expelled dozens of diplomats and shut down two compounds in response to intelligence reports that Russia did indeed hack Democratic party computers.

This is not the first time the former CIA operative has called Trump's loyalties into question. Last month, over Twitter, he said Trump was taking sides with "America's greatest adversary" — once again effectively accusing the president-elect of treason.

Also in December he said Trump is "not a loyal American" for suggesting Rex Tillerson, a former ExxonMobile head with business ties to Russia, for secretary of state.