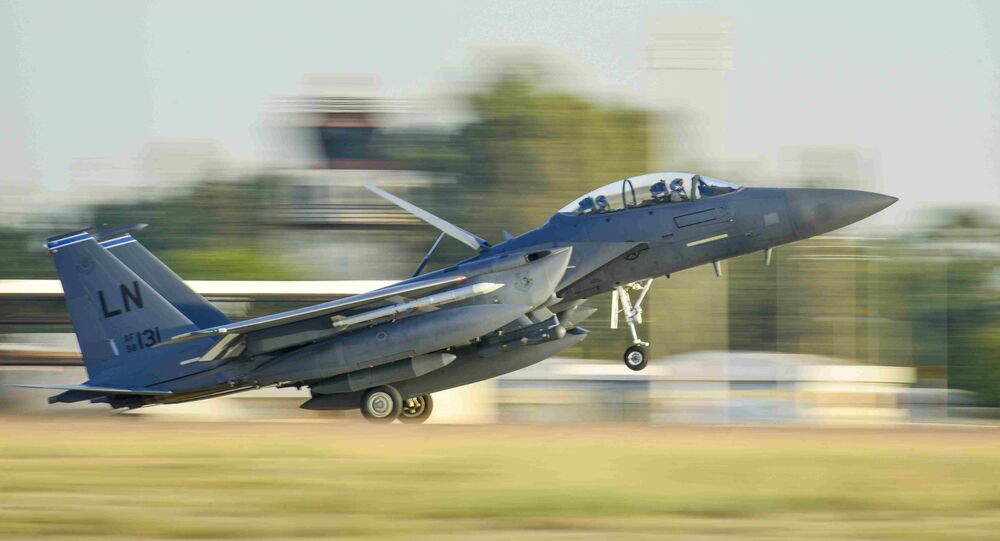 High-ranking Turkish officials have recently expressed their discontent with Washington failing to provide assistance to Ankara's military operation in northern Syria, implying that NATO forces could even be asked to leave the Incirlik airbase. Political analyst Stuart Rollo told Radio Sputnik that Turkey "is testing the waters."

"They want to test the waters, they want to see the reaction" of the incoming Trump administration, he said. "Trump spoke a lot on his campaign about supporting the Kurds. He frequently cited their bravery, said that they were the most effective ally the US had in the region in the fight against [Daesh]. I think Turkey is a little bit worried that he might actually go and back up some of that campaign rhetoric with action."

© REUTERS / Murad Sezer
Turkey Uses Incirlik Airbase as a 'Tool to Put Pressure' on Washington
On Wednesday, Turkey's Foreign Minister Mevlut Cavusoglu mentioned Incirlik, saying that the Turks wondered why the United States and its allies were using the base if they did not provide air cover for Operation Euphrates Shield, a major Turkish-led offensive in northern Syria. A day later, presidential spokesman Ibrahim Kalin reiterated that Turkey had the right to close the base, but added that this issue was not on the agenda.

Rollo, a researcher in international security based at Sydney University, suggested that Ankara wanted to send a signal to Washington that it was not a given that the United States could continue to use the military facility "if they don't begin to cooperate with Turkey against the Kurds."

"I have a feeling that the pressure to keep Turkey outside of Russia's sphere of influence may be too great and America will begin to cooperate with them more and give in to their demands to cease their support of the YPG," he said.

The political analyst was convinced that Ankara would not close the base.

© REUTERS / Khalil Ashawi
Here's What's Forcing Turkey to Actually End Its Support for Anti-Assad Jihadists in Syria
"I don't see it happening," he said. "Unless the US really puts its diplomatic and military assets behind Kurdish independence, I think even a negotiated autonomy for the Kurdish regions in Syria would still … probably not be enough for Turkey to totally abandon the alliance, which kicking the US forces out of Incirlik will be close to representing."

Rollo described Turkey's relations with NATO as "quite precarious," adding that they are less stable than they used to be. However, the analyst pointed out that issues plaguing Ankara's relationship with the US-led bloc will not affect security agreements between Turkey and the United States.
"I am not sure that these comments on Incirlik should be taken too seriously at this point," he said.

2017 Forecast: What Awaits Syria This Year

Migrant Crisis: 'Blame Game is Being Played Both by Turkey and EU'