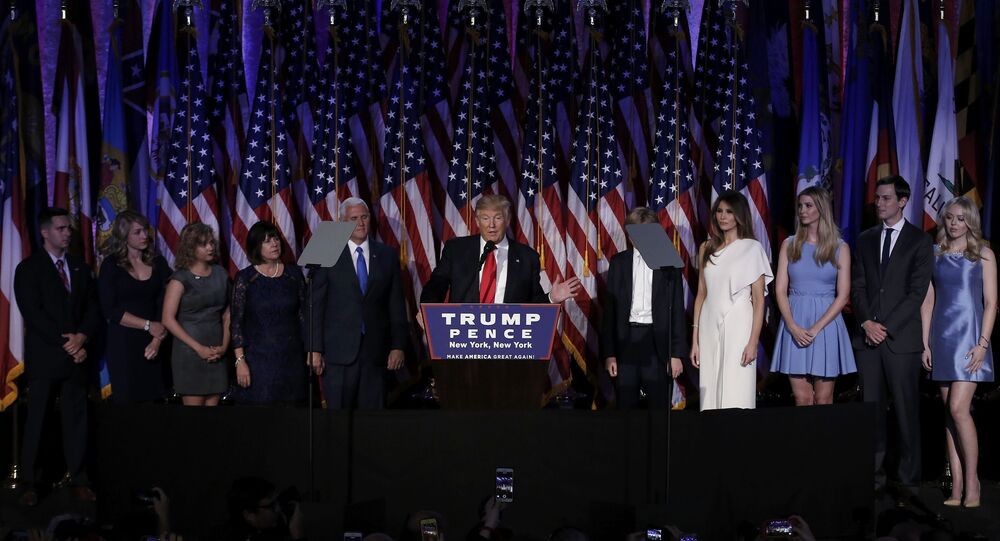 The majority of Americans don't think that Russian authorities had any influence on the outcome of the recent presidential election in the US, former Arkansas Governor Mike Huckabee said, adding that the intelligence report alleging that Russia is behind several high-profile cyberattacks which hit the US in 2016 will have "very little" impact.

"Most of the American public… they just don't believe that the Russians impacted the outcome of the election. Even if it's proven that they hacked in the systems and got John Podesta's emails, there is not a shred of evidence, not a centile of evidence that it had any impact on how people voted and certainly not that the Russians were able to involve themselves in the election itself," he said.

Huckabee, a longtime supporter of President-elect Donald Trump, made similar statements in the past.

A poll, conducted by Politico and Morning Consult between December 15 and December 17, showed that 44% of respondents did not believe that Russia influenced the outcome of the presidential election held in November, with 25 percent unsure. According to an NBC News and Wall Street Journal survey released on December 18, fifty-seven percent of those polled did not think that Russia's supposed cyberattack on the Democratic National Committee (DNC) and John Podesta, the chairman of Hillary Clinton's 2016 US presidential campaign, made any difference in the election.

© REUTERS / Rhona Wise
Donald Beware? Intel Report Says Russia May Use Hacked Materials Against Trump
However, in December 2016, the Obama administration imposed restrictive measures on Russia, ordering the expulsion of 35 Russian diplomats, the closure of two Russian diplomatic compounds and additional sanctions against six Russian individuals and five entities over Moscow's alleged interference in the 2016 presidential election in the US.

Dmitry Abzalov, head of the Moscow-based Center for Strategic Communications, told RIA Novosti that Barack Obama left a "minefield" for his successor in order to achieve two goals.

"On the one hand, he is hoping to revive the tarnished reputation of the Democratic Party, which has lost presidential and congressional elections, by citing 'Russian meddling.' On the other hand, he is trying to discredit the Republicans and weaken their standing ahead of the 2018 elections. He is not pursuing interests of his own country," the political analyst said.

© CC BY 2.0 / Wikileaks Mobile Information Collection Unit / Wikileaks Truck
WikiLeaks: US Intel Report on Russia Hacking 'Has Poor Sourcing and No Evidence'
On Friday, the Office of the Director of National Intelligence released a declassified report, accusing Russian President Vladimir Putin of ordering "an influence campaign" targeting the 2016 presidential election in the US. The document, titled "Assessing Russian Activities and Intentions in Recent US Elections," did not provide any compelling evidence backing its assertions.