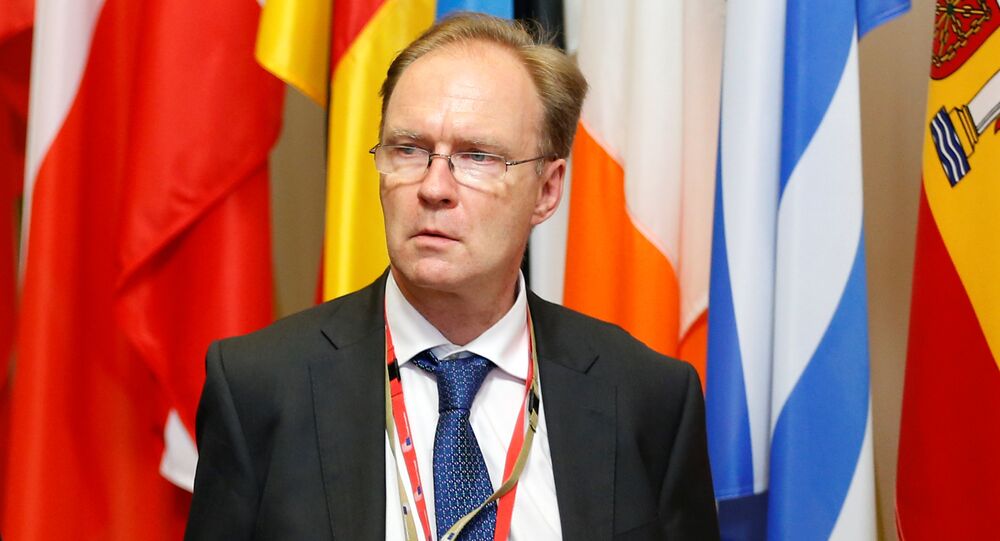 © AFP 2020 / Philippe Huguen
Resignee UK Ambassador to EU Slams Gov't Lack of Experience for Brexit Talks
Rogers unexpectedly resigned on Tuesday, months before the end of his term, leaving Prime Minister Theresa May's government to look for a replacement before the triggering of Article 50 of the Lisbon Treaty, which is scheduled for the end of March. Rogers's resignation has been confirmed by the UK government, which said that the move was made to enable his successor to be appointed before March.

"We regret the loss of a very professional, very knowledgeable, while not always easy interlocutor and diplomat who always loyally defended the interests of his government," Bertaud told journalists in Brussels.

Earlier on Wednesday, in a letter to his UK Permanent Representation to the European Union (UKRep) colleagues, leaked by The Telegraph newspaper, Rogers attacked the UK government over lacking the necessary negotiating experience for carrying out Brexit talks.