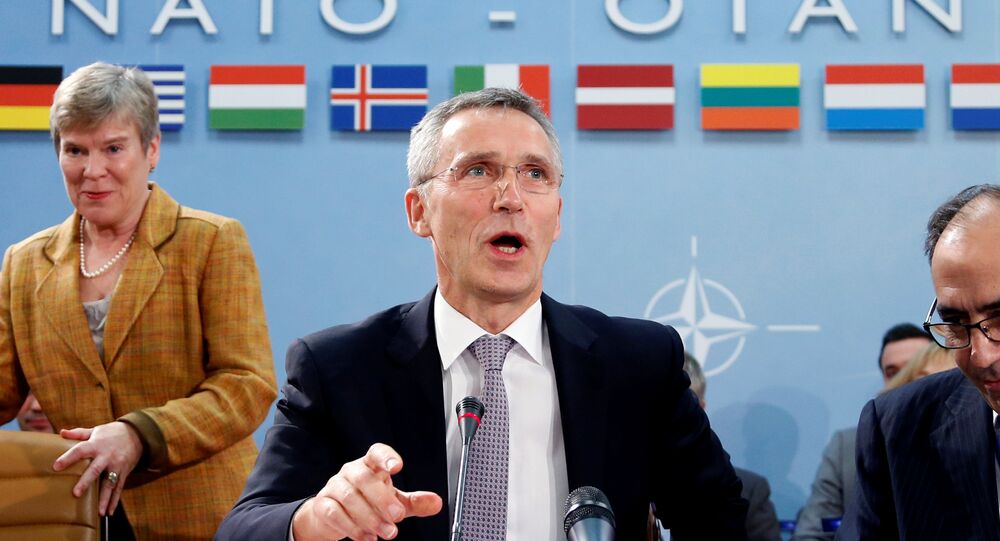 Moscow and Ankara are pursuing a joint policy in Syria, consolidating their new friendship and showing to the West that "they are not isolated," Austrian Die Presse newspaper wrote.

Russian President Vladimir Putin announced on Thursday that the Syrian government and armed opposition groups had reached an agreement on a nationwide ceasefire in Syria and on readiness to start peace talks.

© AFP 2021 / LOUAI BESHARA
'Best Thing Turkey Can Do Now is Talk to Assad and Withdraw Forces' From Syria
Putin called on the Syrian government, armed opposition and all countries with influence on the situation in the Arab republic to support the reached agreements and to take part in the anticipated talks in Astana.

A nationwide ceasefire between the Syrian government and opposition factions came into force at midnight on Friday. Russia and Turkey serve as guarantors of the ceasefire deal, which paves the way for negotiations between the warring parties.

Moreover, Russia and Turkey have been cooperating on a number of other important issues since relations between Moscow and Turkey improved after the incident with the Su-24 Russian bomber.

According to the newspaper, Ankara-Moscow alliance in Syria is supposed to serve as a counterbalance to the US activities in the region.

"Erdogan and Putin are united in their aversion to the US. Although Turkey is part of the US-led anti-Daesh coalition, it has sharply condemned Washington's support for the Kurdish militia in Syria. Moscow and Ankara lay hopes on the new president Donald Trump, who shows little interest in Syria and thus could leave this issue to Erdogan and Putin," the article said.

This is something Washington promised to achieve, but failed to deliver, political analyst Elena Suponina wrote for RIA Novosti.

A Message to the EU

Russian-Turkish friendship also sends a message to the European Union. In this way, both countries want to demonstrate that "they are not isolated," the newspaper wrote.

The relations between Ankara and Brussels rapidly deteriorated following a coup attempt in Turkey in July 2015. Russian President Vladimir Putin, on the contrary, was the first to express his sympathy for the Turkish government.

"After the coup attempt, NATO member Turkey has been disappointed in the alliance: the country was expecting more support," the newspaper wrote.

Moscow also supports Turkey's interest in a closer integration with the Shanghai Cooperation Organization (SCO). Ankara authorities announced that they consider the Organization an alternative to the EU.

© REUTERS
Russia, Turkey Will Not Let Syria Be 'Torn' Into Zones of Influence
Economic cooperation

A lot of work has also been done in the economic field. When Putin attended the energy conference in Istanbul in October 2016, the two countries agreed on several important projects, including the "Turkish Stream."

The pipeline will transport Russian gas to Europe via the Black Sea and will significantly decrease Moscow's dependence on Eastern Europe.

"Turkey will receive a big discount for the gas delivered via this pipeline. Today Moscow is already the largest supplier of gas to Turkey," the article noted.

Both countries also agreed on lifting the economic sanctions. The restrictive measures were introduced amid the crisis in Russian-Turkish relations after the incident with a Su-24 Russian bomber that was downed by a Turkish warplane in November 2015.