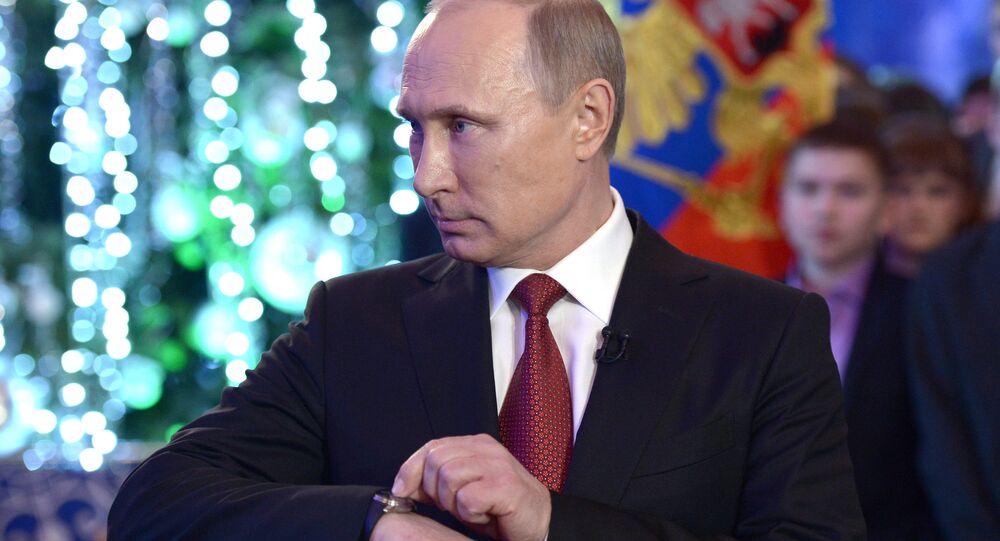 © AFP 2020 / Jewel Samad
US Congress May Sharply Respond in Case Trump Reverses Anti-Russian Sanctions
On December 29, Obama announced the expulsion of 35 Russian diplomats, the closing of two Russian diplomatic compounds and new sanctions against six Russian individuals and five entities, including the GRU (the Main Intelligence Directorate) and FSB (the Federal Security Service), over Moscow's alleged interference in the November US presidential election, which the Kremlin has denied.

© AP Photo / Alexander Zemlianichenko
If Trump Tries to Lift Obama's Sanctions, He 'Will Be Branded as Putin's Agent'
Russia will not expel anyone as a response to US sanctions against Moscow over alleged hacking, Putin added.

Commenting on the new sanctions, Russian Foreign Ministry spokesman Maria Zakharova said that this time the US was "slapped in the face" by its own government.

"This decision [to impose new sanctions against Moscow] is very weird. It is symbolic and I would say it is provocative," Graziani told RIA Novosti.

According to the analyst, Obama’s actions indicate that the outgoing US president is likely to continue his political career after leaving office.

"Now, the most important is whether Trump is able to make good on his electoral promises, particularly on establishing a new balance in relations with Russia," he underscored.

Commenting on Kremlin’s response to the new sanctions, Graziani praised the reserve approach by Moscow.

"It is very important that the Kremlin delivered a cold-blooded response to this provocation. Moscow should try to minimize the damage Obama is inflicting [on US-Russia ties] in the last days of his presidency," Graziani concluded.