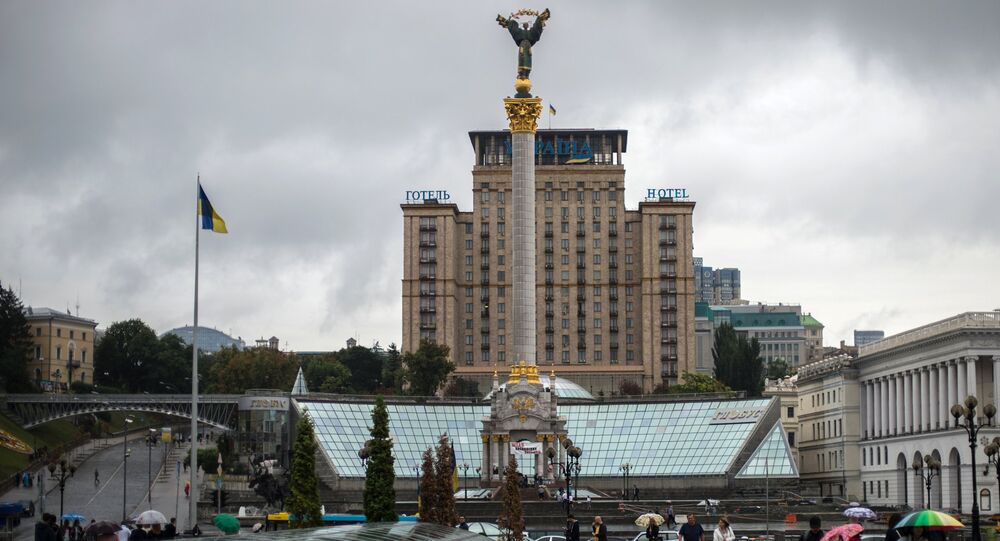 US President-elect Donald Trump has often said that he will opt for a pragmatic approach in his foreign policy initiatives, capitalizing on his bargaining skills sharpened during his career in business. Political analyst Boris Mezhuev told Radio Sputnik that Trump will employ this strategy with regard to Ukraine. And it's not good news for Kiev.

"Trump views Ukraine through a business lens. Ukraine is a non-performing asset. Why would he need it? The thought that he needs to get rid of [Kiev] could certainly come to his mind," the analyst said.

© AP Photo / Evan Vucci
Here's Why Washington Won't Be Able to 'Transform' Trump
Throughout Trump's election campaign the businessman-turned-politician indicated that he would try to improve relations with Russia, suggesting even that both countries could coordinate their counterterrorism activities in the Middle East. This has prompted some to assume that Washington's relations with Ukraine will start to cool down.

Mezhuev went as far as to say that Washington's approach to Kiev will significantly change once Trump comes to power.

"I think that Ukraine should brace itself for the worst. I think that the United States will no longer prop up Kiev so actively. Washington and Kiev are bound to gradually move away from each other," he said.

Mezhuev maintained that Washington's investment into Ukraine has not paid off.

© AP Photo / Jae C. Hong
Trump Bold Enough to Destroy 'Taboos', Revive US-Russian Relations
"The link between Kiev and Washington is too costly for the United States. It's a dead end," the political analyst said, referring among other things to the credits given by the International Monetary Fund. "There is no economic pay-off. There is no major political pay-off. Ukraine has failed to become a 'poster child' for liberal, democratic reforms. In the end, tearing Ukraine away from Russia has turned out to be a senseless and stupid activity."

Mezhuev described Trump as "very self-confident," adding that his strategy with regard to Ukraine will hardly be based on emotions, but rather on business-like calculations.