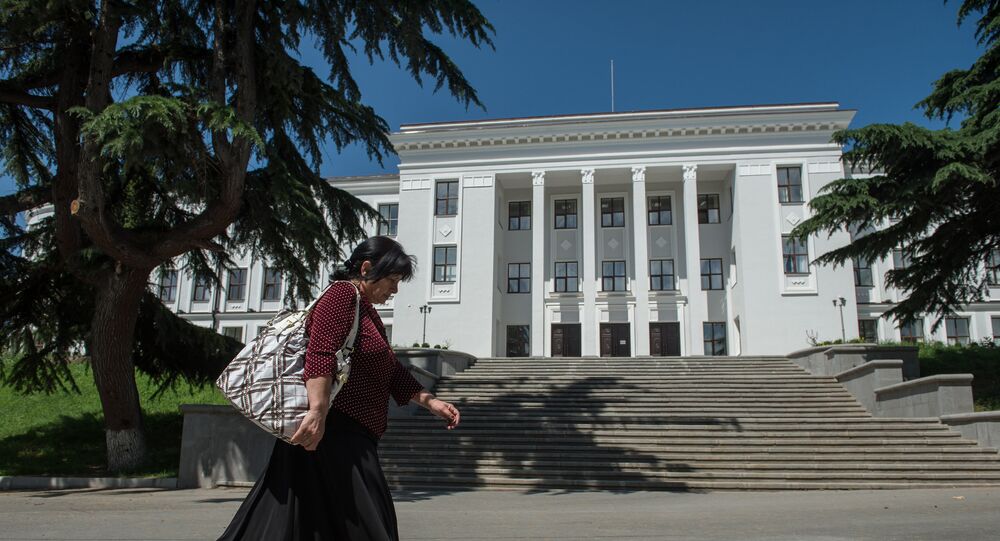 TBILISI (Sputnik) — On Thursday, South Ossetia’s President Leonid Tibilov announced that the referendum on changing the republic's name to South Ossetia-Alania could take place in April 2017 amid the presidential elections. The first time he spoke about renaming the republic was in December 2015. Since then a number of discussions has been held.

"We will not name this a referendum because this process is illegitimate. Georgia’s Foreign Ministry, our office and all other state departments are mobilized, international partners are informed about this. This is not the first case when similar processes are called a referendum and their results lack legal validity," Tsikhelashvili told reporters.

South Ossetia proclaimed its independence from Georgia in August 2008 following Georgia’s military aggression against Tskhinvali. Russia and a number of other countries recognized the sovereignty of the republic.

In May, Tibilov and South Ossetia’s parliament speaker Anatoly Bibilov signed a document, according to which a referendum on joining Russia will be held in 2017.