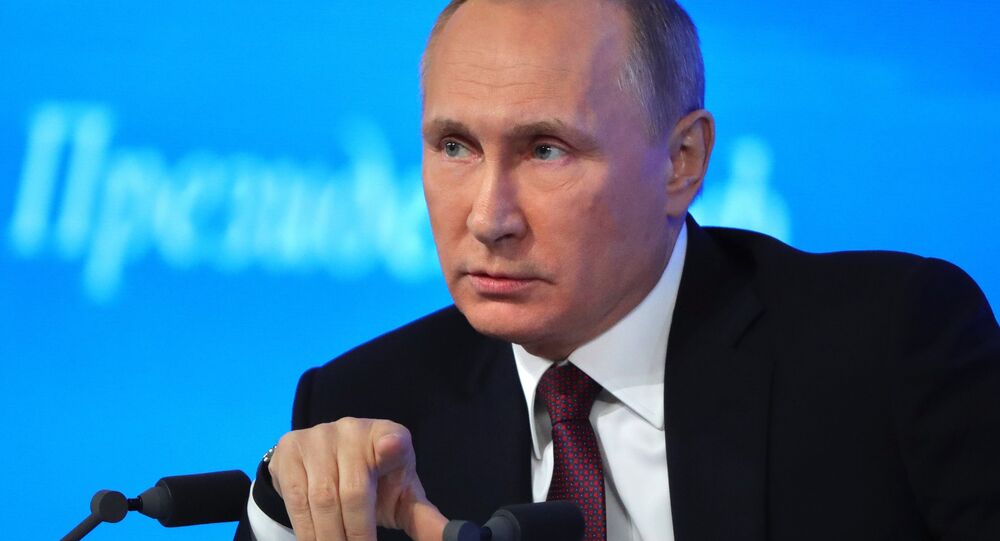 Kremlin announced that Putin will determine adequate response to US sanctions.

"We will certainly response adequately…and it will be determined in line with decisions adopted by Russian President [Vladimir Putin], Peskov told reporters commenting on the US move, which he described as "unpredictable and aggressive."

"There is no doubt that this adequate and mirror response will make the US side feel very uncomfortable as well," Peskov stressed.

The Kremlin spokesman added that Moscow regrets the US move to impose new anti-Russian sanction as it continues to destroy bilateral relations.

He noted that the sanctions were unpredictable and seemed aggressive, adding that Russia still hopes to build normal relation with the US government.

The Obama administration imposed earlier on Thursday a series of punitive measures against Russia, including the expulsion of 35 Russian diplomats and the closure of two Russian diplomatic compounds, in response to Moscow's alleged interference in US presidential elections.

The Russian Foreign Ministry’s spokeswoman Maria Zakharova said that the ministry would make an official statement on Friday regarding the new sanctions.

"Tomorrow there will be official statements, countermeasures," Zakharova wrote on Facebook, adding that the move has complicated matters for the new US administration.