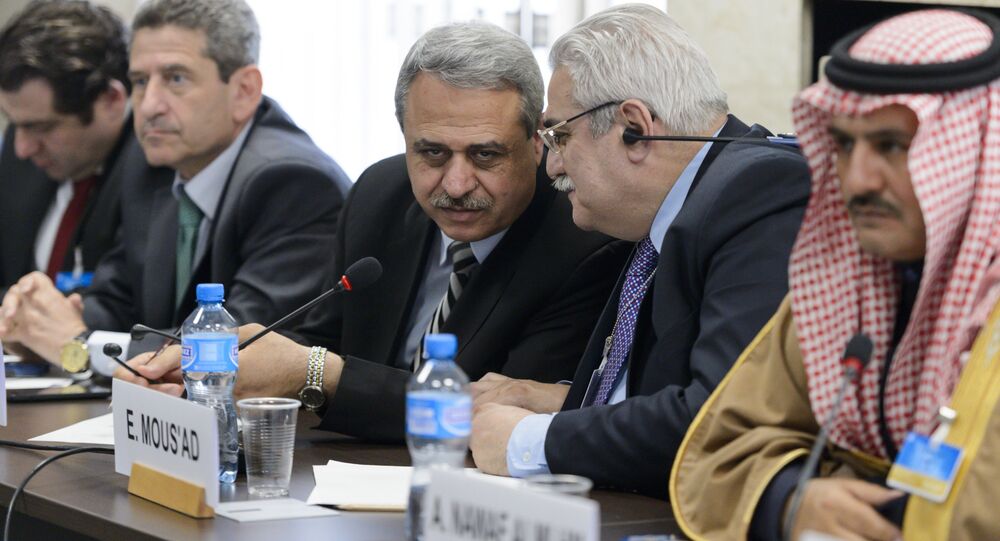 Mahmoud Marai, the secretary general of a new Syrian opposition group, the Syrian Democratic Front, stated that the representatives of the group are ready to participate in the intra-Syrian talks in Astana, Kazakhstan.

"The Front supports the talks on the basis of Vienna agreements, the [UN Security Council] resolution 2254 and the latest statement by Moscow," Marai said, adding that the group has not received the invitation to participate in the Astana talks yet.

Marai said he was currently in Cairo for talks with the Foreign Ministry representatives to coordinate the positions on the Syrian settlement.

"We know that Egypt may play an important role in reaching a successful political settlement [in Syria]," Marai added.

© Photo : SANA
Intra-Syrian Talks in Astana May Prepare Ground for Reconciliation Deal
On December 17, Russian President Vladimir Putin and his Turkish counterpart Recep Tayyip Erdogan discussed in a phone call the possibility of a meeting in Astana between the parties to the Syrian conflict with Russia, Iran and Turkey as potential mediators.

The establishment of the Syrian Democratic Front was announced on December 26. The organization is composed of five internal opposition parties, according to Marai.