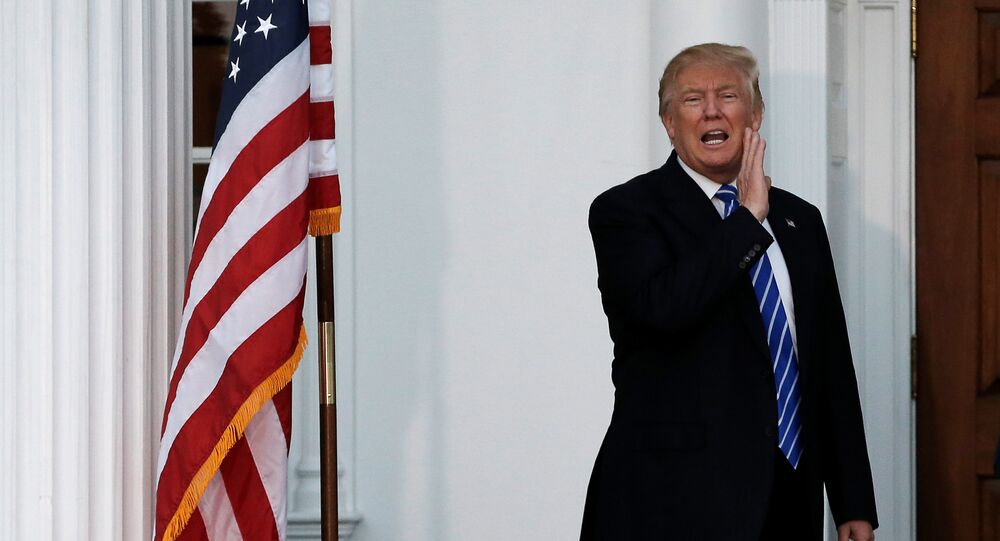 There is a possibility that the anticipated anti-Russia sanctions could be lifted under Donald Trump's presidency, Russian Foreign Ministry Ambassador at Large Andrey Krutskikh said Thursday.

© REUTERS / Carlos Barria
New Anti-Russia Sanctions to Cause Damage to US - Russian Foreign Ministry
MOSCOW (Sputnik) – CNN cited officials familiar with the Obama administration’s plans as saying Wednesday that the outgoing president could introduce retaliatory actions against Moscow's alleged interference in the 2016 presidential election as soon as Thursday.

"When the cancellations of, according to Trump, 70 percent of the adopted decisions are looming, it cannot be excluded that the latest sanctions introduced in agony… could well be included in this 70 percent," Krutskikh told RIA Novosti.

Krutskikh, the Russian president's special representative for international cooperation in information security, underscored the outgoing administration's behavior as "the agony of the ruling elite."

"The US president's personal hatred is over the top. All this is unfounded and is an attempt to slow down possible cooperation," he stressed.