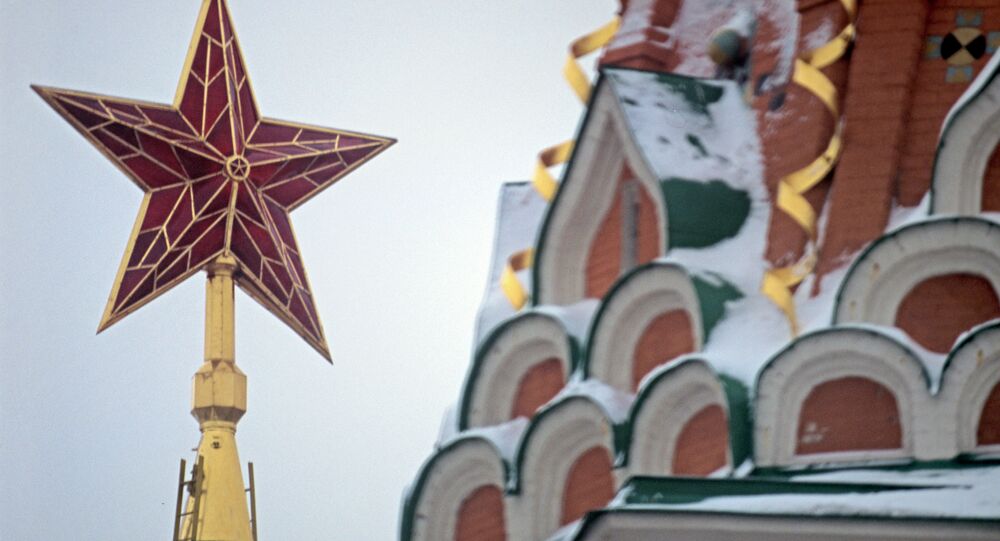 While the US mainstream media is bemoaning the fact that Washington is unlikely to have a final say in shaping the future of Syria, the door is now open for all countries able to influence the situation on the ground to facilitate the peaceful resolution of the Syrian conflict.

According to American syndicated columnist Richard Cohen, December 20, 2016 is "a date which will live in infamy."

"If Dec. 7, 1941, is the day that Franklin D. Roosevelt said 'will live in infamy,' then Dec. 20, 2016, has got to be a close second. No Americans died that day as they did at Pearl Harbor, but the American Century, as Time magazine founder Henry Luce called it, came to a crashing end," Cohen writes in his op-ed for The Washington Post.

So, what actually happened on that day that disappointed the journalist so deeply?

© AFP 2020 / Natalia KOLESNIKOVA
'Moscow Troika': Russia, Iran, Turkey Nearing Solution to Syrian Crisis
The crux of the matter is that on December 20, 2016, the foreign ministers of Russia, Iran and Turkey met in Moscow to discuss steps to revitalize the political process to end the Syrian conflict. Following the talks the parties issued a joint statement.

Speaking to journalists, Russian Foreign Minister Sergei Lavrov said: "I think the most effective format is the one you see now… To date, the format of the Russia-Iran-Turkey 'troika' has proven its relevance, at least in terms of practical deeds."

He specified that he does not want "to cast a shadow on the efforts of all our other partners to achieve progress in the settlement of the Syrian crisis."

"It is simply a statement of the fact," Lavrov stressed.

"Iran, Russia and Turkey express their readiness to facilitate and become the guarantors of the prospective agreement being negotiated between the Syrian Government and the opposition. They invited all other countries with influence over the situation on the ground to do the same," the joint statement said.

© REUTERS
The Road to Syria Crisis Settlement Runs Through Russia, Iran, Turkey
Commenting on the matter French media outlet Le Monde noted that although the US and EU were previously regarded as major guarantors in resolving the Syrian crisis, they have seemingly "left the arena."

"The dramatic evacuation of residents and fighters from the rebel-held areas of eastern Aleppo, which fell to the government of Bashar al-Assad, sealed Moscow's victory," the media outlet reported.

However, it appears that some US observers regard the "troika's" peace initiative as a slap in the face.

"Turkey, Iran and Russia met in Moscow to settle matters in the Middle East. The United States wasn't even asked to the meeting," Cohen wrote, adding that the Russians "polished [American influence] off from the air" in Syria.

Charles Krauthammer of The Washington Post shares a similar stance.

"The foreign and defense ministers of Russia, Iran and Turkey convened in Moscow this week to begin settling the fate of Syria. Notice who wasn't there. For the first time in four decades, the United States, the once dominant power in the region, is an irrelevance," Krauthammer claimed.

However, the journalists have overlooked the fact that Moscow has repeatedly called upon Washington to team up in resolving the Syrian crisis. And it was the US who in response turned its back on Russia's requests.

Both Cohen and Krauthammer insisted that the Obama administration had to implement no-fly zones in Syria.

Krauthammer went even further suggesting that Washington could have "destroyed the regime's planes and helicopters on the ground and so cratered its airfields as to make them unusable."

© REUTERS / Hosam Katan
Incredible Transformation: US Media Turning 'Terrorists' Into 'Rebels' in Aleppo
The journalist underscored that Barack Obama could have followed in Richard Nixon's footsteps and deterred Russia from stepping in, like the former American president did during the 1973 Yom Kippur War.

Interestingly enough, none of the columnists mentioned that the US' involvement in Syrian affairs has been illegal from the very beginning.

Leaked remarks made by US Secretary of State John Kerry on the sidelines of the UN General Assembly in New York confirmed that the White House has always been aware of that.

"We don't have a basis (to intervene), our lawyers tell us, unless we have a UN Security Council Resolution which the Russians can veto or unless we are under attack from folks or unless we are invited in. Russia is invited in by the legitimate regime," Kerry said.

In his opinion piece for Reuters, Mohamad Bazzi, a journalism professor at New York University, suggested that the liberation of Aleppo "will change US and Russian roles in Syria."

"The fledgling Trump administration wants to avoid becoming mired in Syria's complicated war, and has signaled that it wants Russia to continue taking the lead," he suggested, stressing that Washington is steadily losing its influence over the situation in Syria.

He recalled that during his election campaign Donald Trump has repeatedly stressed that he "doesn't see removing Assad as a US priority" and signaled "a greater willingness to work with Russia" to destroy Daesh on the ground.

Bazzi also cited Syrian President Bashar al-Assad who stated recently: "If Trump can genuinely fight against terrorism, he can be our natural ally."

While only time will tell what Trump's Syrian policy will look like, the US President-elect obviously has an opportunity to untie the Gordian knot of the Syrian crisis in cooperation with Russia and other players with influence over the situation on the ground.