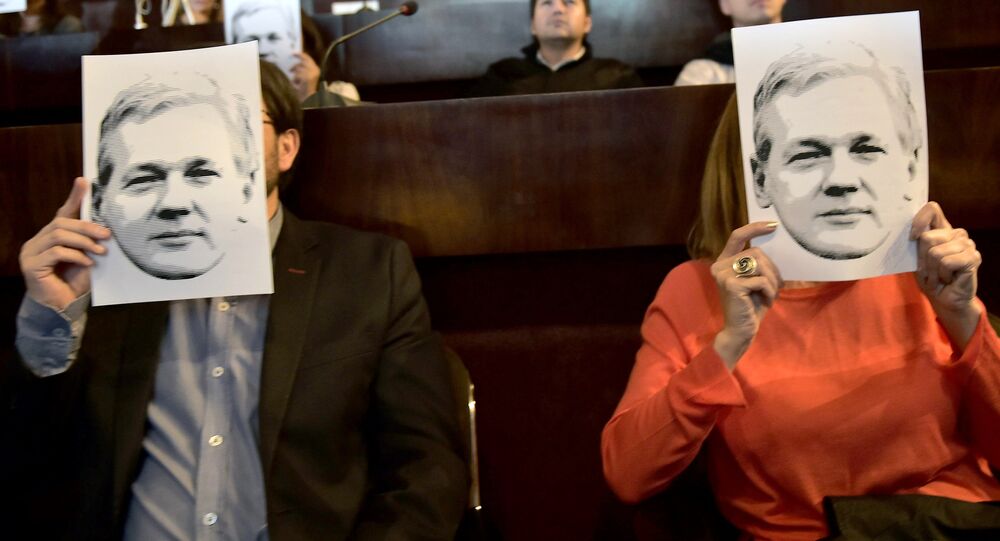 WikiLeaks founder Julian Assange said the Trump administration will offer "opportunities for change" in the United States and condemned the president-elect's erstwhile opponent Hillary Clinton in an interview with Italian newspaper La Republicca.

"Donald Trump is not a DC insider, he is part of the wealthy ruling elite of the United States, and he is gathering around him a spectrum of other rich people and several idiosyncratic personalities," Assange said during the wide-ranging interview.

So far, Trump's team is not a power structure itself, but is "displacing and destabilizing the pre-existing central power network within DC."

"It is a new patronage structure which will evolve rapidly, but at the moment its looseness means there are opportunities for change in the United States: change for the worse and change for the better," he said.

However, Assange said he felt "mixed" about the political situation in the US. Democratic presidential nominee Hillary Clinton and the network around her are responsible for the imprisonment and torture in solitary confinement of Chelsea Manning, who is alleged to have provided WikiLeaks with material, he said, and are also responsible for the war in Libya and the ripple effect of that catastrophe on conflicts in Syria, Mali and beyond.

"Hillary Clinton's election would have been a consolidation of power in the existing ruling class of the United States," he explained.

However, responding to a question about whether his organization helped elect Trump, he said, "What is the allegation here exactly? We published what the Democratic National Committee; John Podesta, Hillary Clinton's campaign manager; and Hillary Clinton herself were saying about their own campaign, which the American people read and were very interested to read…"

Americans then assessed the campaign and the candidate based on their own words, he said. "That's democracy."

Assange and WikiLeaks continue to assert that the source of their information on the DNC and the Clinton campaign was not a Russian hacker but a Democratic insider.

Assange seems unfazed by the latest attacks on his organization. Over 10 years, WikiLeaks has learned that "power is mostly the illusion of power," he said.

"The Pentagon demanded we destroy our publications. We kept publishing. Clinton denounced us and said we were an attack on the entire ‘international community.' We kept publishing. I was put in prison and under house arrest. We kept publishing. We went head to head with the [National Security Agency] getting Edward Snowden out of Hong Kong, we won and got him asylum. Clinton tried to destroy us and was herself destroyed," he said.

"Elephants, it seems, can be brought down with string. Perhaps there are no elephants."