Russian President Vladimir Putin sent two "unmistakable signals" to US leadership and the American people, saying that Moscow does not view Washington as an aggressor and urging both countries to build cordial relations, journalist Vladimir Ardaev wrote for RIA Novosti.

Signal #1: Russia doesn't view US as an aggressor

"The president has clearly indicated that Russian leadership does not consider the United States to be a potential aggressor capable of attacking Russia," Ardaev said.

Speaking at a marathon press conference on Friday, Vladimir Putin provided a detailed explanation of his earlier comments that Russia was stronger than any aggressor. Contrary to what some in the US administration seemed to have assumed, the Russian president was not speaking about Washington. 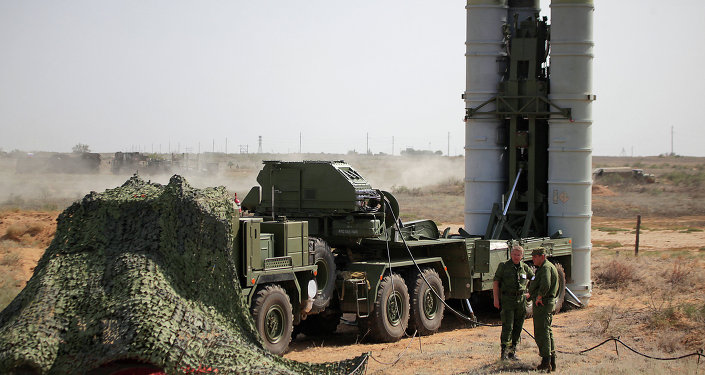 © Sputnik / Ruslan Krivobok
This is Why 'Russian Military is Stronger Than Any Potential Aggressor'
This is what he meant.

"An aggressor is someone who can attack Russia. We are stronger than any potential aggressor. I have no problem repeating this," Putin explained, adding that he was surprised by remarks of some US officials, who claimed that the United States has the most powerful military in the world. "Nobody is arguing with that," the president said.

Putin further detailed what makes Russia strong, saying that the country's capabilities have significantly improved due to ongoing efforts to upgrade the armed forces, as well as history, geography and the current state of the Russian society.

"If I understood correctly, Russia's strength cannot be reduced to its modern weaponry; it also rests on the spiritual power of its people," political analyst Nguyen Dat Phat told Sputnik. "Any aggressive adversary will inevitably feel this power."

Signal #2: Russia and the US should be friends

Vladimir Putin also asserted that Moscow and Washington should foster closer relations since many Americans appear to share views similar to those expressed by Russia. 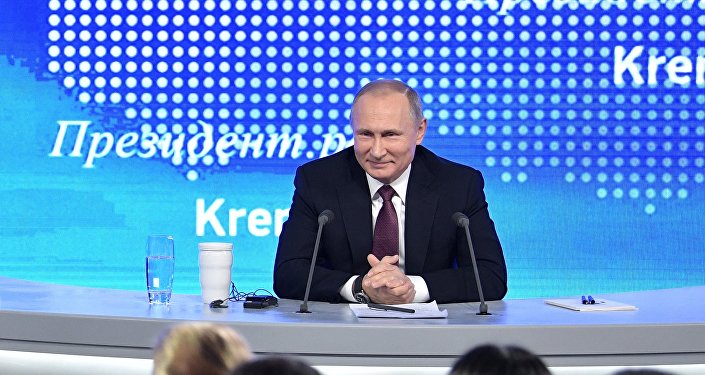 © Sputnik / Aleksey Nikolskyi
On Robots and Love: Five Funniest Moments of Putin's Annual Presser
"I do not view the support for the Russian president among a large part of Republican voters as support for me personally, but rather see it as an indication that a substantial part of the American people share similar views with us on what the global order should be, what we ought to do and  common challenges we are facing," he said. "It is good that there are people who share our views on traditional values since this created a solid basis for building relations between our powerful countries. This is the basis of our peoples' mutual sympathy."

Putin also said that the Obama administration has divided the nation instead of uniting it and added that Donald Trump easily discerned the public mood which was instrumental to his victory at the recent presidential election.

© CC0 / NNSA / Nevada Site Office / The BADGER explosion
Trump Inherited Nuclear Arms Race From Obama, But Ready to Negotiate With Putin
"It seems to me that there is a gap between the elite's vision of what is good and bad and that of the American people," Putin said, referring to the outgoing administration and the Democratic Party. "They are trying to blame all their failures on outside factors."

Political analyst Pavel Svyatenkov told Sputnik that Vladimir Putin was mildly critical of the Democratic Party considering that its high-profile members had "claimed that the Russian leader was behind all opponents of Hillary Clinton" during the election campaign and that he was responsible for cyber-attacks on the Democratic National Committee.

"Russia was rather reserved in its response to serious accusations made by Clinton herself. The Russian president mildly reproached Democratic leadership for their active anti-Russian propaganda which lasted for months," the analyst said.

What's Behind Trump's Comments on Expanding US Nuclear Arsenal

'Early Retirement': US Abandoning Its Role as World Policeman