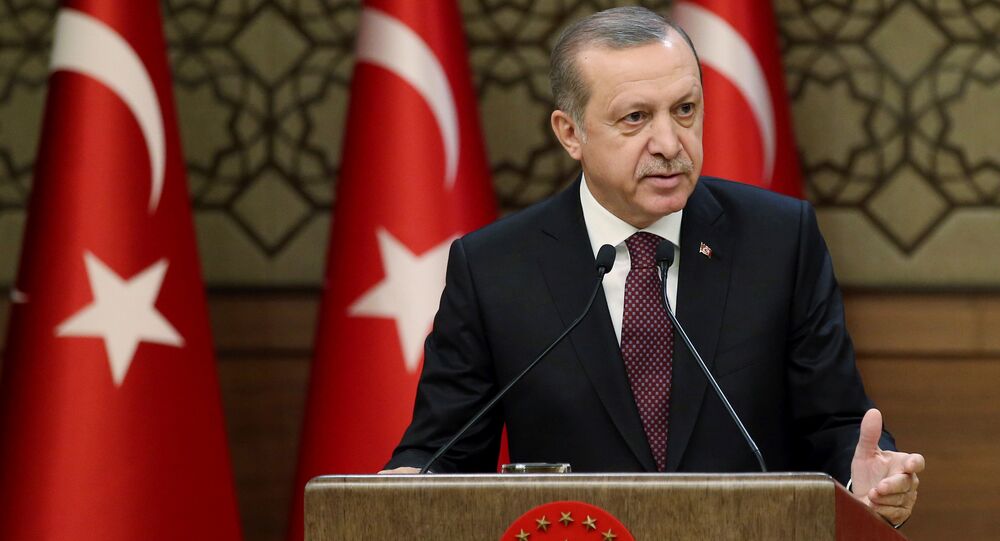 According to the Turkish president, Turkey continues diplomatic efforts on settlement of the Syrian crisis together with Russia, Iran and other countries.

"Diplomats are said to have to work on that [the Syrian crisis]. But who says that they are not working? We are working with the [US-led] coalition, Russia, Iran, continue negotiations with them and are also working with Saudi Arabia, Qatar. Let nobody teach us diplomacy," Erdogan said at the ceremony of opening a liquefied natural gas (LNG) terminal in Izmir.