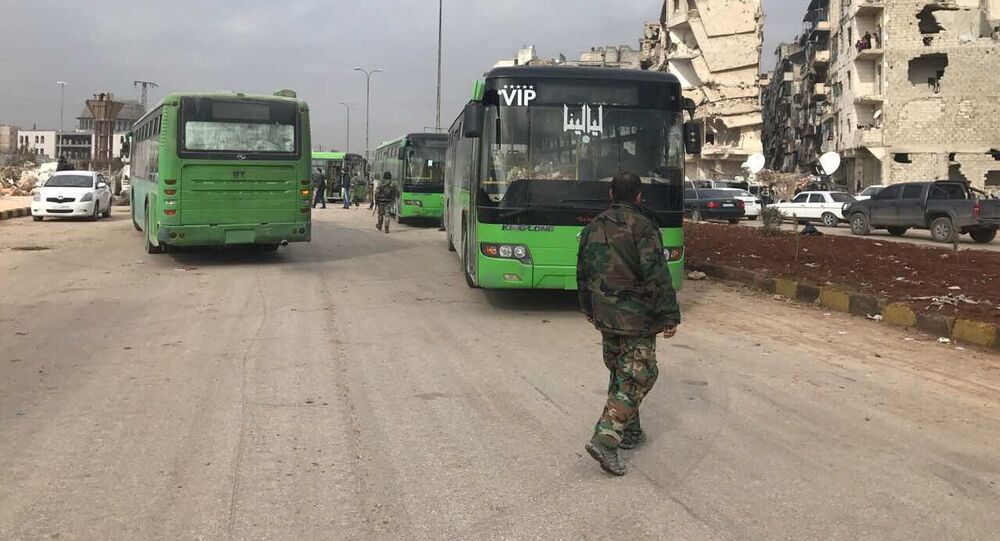 ICRC Hopes Presence of Monitors in Aleppo Not to Politicize Operation

The International Committee of the Red Cross (ICRC) hopes that deployment of monitors to Syria’s Aleppo in accordance with a UN Security Council resolution on monitoring evacuations will not make the humanitarian operation more politicized, ICRC President Peter Maurer told Sputnik.

GENEVA (Sputnik) – On Monday, the UN Security Council adopted a draft resolution on monitoring evacuations in Aleppo after it held extensive consultations the day before. The resolution in based on the French and Russian proposals regarding best ways to implement and monitor evacuations on the ground.

“We really hope that the fact that the Security Council decides on monitors and monitors eventually will be deployed, that this is not further politicizing the operations,” Maurer said.

According to Maurer, the ICRC is satisfied with the fact that measures are being taken which are able to protect civilians in a better way.

"If monitors contribute to the protection of civilians, that’s something we appreciate. My second point is that we are always a little bit anxious to see that measures taken by the security council are not further politicizing the already highly political environment in which we are. I would hope that monitors on the ground, not only are they neutral but they are seen as neutral. Then it can be seen as a positive element," he said.

Some 40,000 people, including militants, have left the city since evacuations began a week ago following consultations between Russia, Turkey and Iran.

Putin: Liberation of Aleppo Crucial Part of Normalization of Situation in Syria