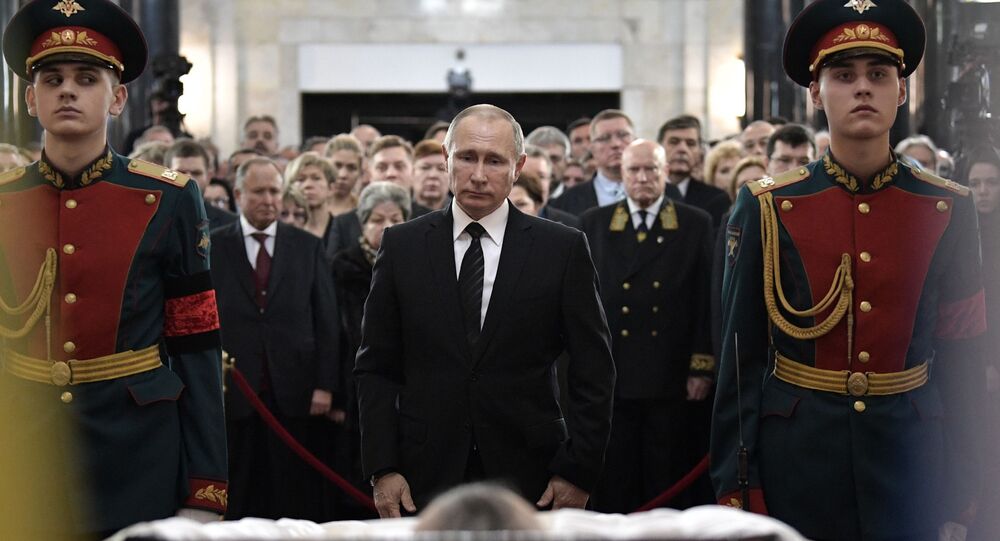 Russian President Vladimir Putin on Friday described the murder of the country’s ambassador in Ankara as an assault on Russia and its ties with Turkey.

"This was primarily an assault on Russia and Russian-Turkish relations. Frankly, I used to be skeptical about claims that our jet was shot down [in Syria in November 2015] without an order from Turkey’s top leadership but rather by people who wanted to damage Russian-Turkish ties," Putin said at the annual press conference.

"But the attack on the ambassador by a special operations officer got me thinking: I feel now it is possible that destructive elements could have found their way into social structures, including the law enforcement and the army," he admitted.

"Will this undermine the Russian-Turkish relationship? No, it won’t because we realize the importance of Russian-Turkish ties and will make every effort to deepen them," Putin vowed.

German Business Proceeds to Invest in Russia Amid Sanctions – Ambassador