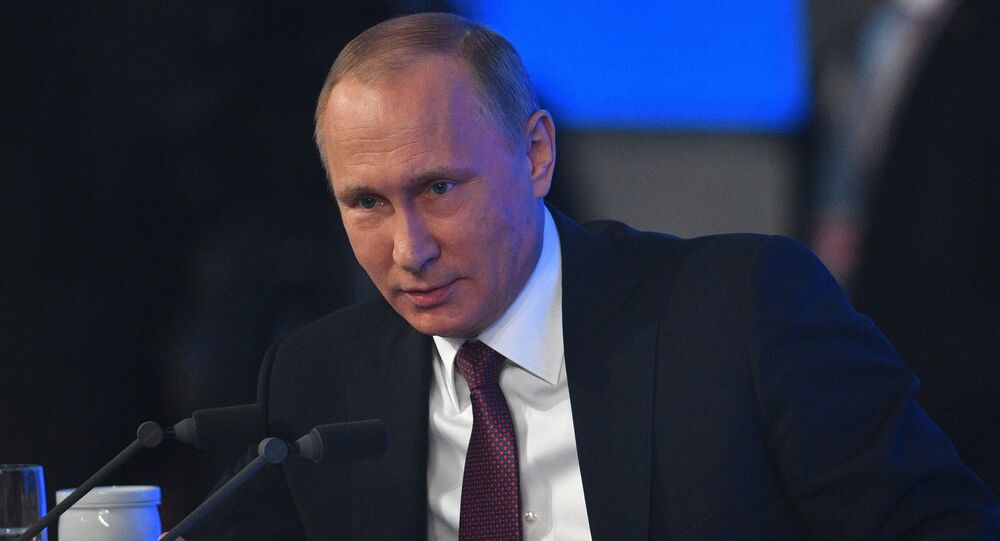 According to the Russian president, there is no alternative for the Normandy Formand on Ukraine.

© AP Photo / BelTA, Andrei Stasevich
Issue of Including UK, US in Normandy Format Not Under Consideration - Kremlin Aide
MOSCOW (Sputnik) — The Normandy Format on Ukraine works sluggishly, but without this mechanism the situation in Ukraine will only deteriorate, Russia’s President Vladimir Putin said during the annual press conference on Friday.

"The Normandy Format indeed does not seem to be highly efficient, and one can only regret it works sluggishly. But there is no other format. I think, work in this format should be continued," Putin said.

"If we lose this mechanism, the situation [in Ukraine] will deteriorate speedily, and that is not what we want," Putin said.

At the same time, Ukrainian servicemen detained in Russia have never been tortured and their testimony is easy to check, even for journalists, Putin added.

In recent months, several Ukrainian nationals have been detained in Moscow and Crimea, who are deemed by Russia’s Federal Security Service as intelligence agents of the Ukrainian Defense Ministry. The detainees, according to the Russian security services, were preparing military coups in Crimea and collecting secret information about the Russian Armed Forces and the National Guard.

"Now, about the detained soldiers – the personnel of Ukraine’s military intelligence. No one has tortured or beaten them. And the fact that they give testimony, it's easy to verify, including for representatives of the media, whether they are staff of military intelligence services or not," Putin said.

According to the Russian president, they provided complete information, not only their full names and identification data, but names of their military bases, commanders, units in which they serve, assignments which they had received, addresses and visits to the territory of Russia, including Crimea. "They reveal everything. This is a whole bulf of information, and one thing confirms the other. It is necessary to stop it all," the Russian president said.