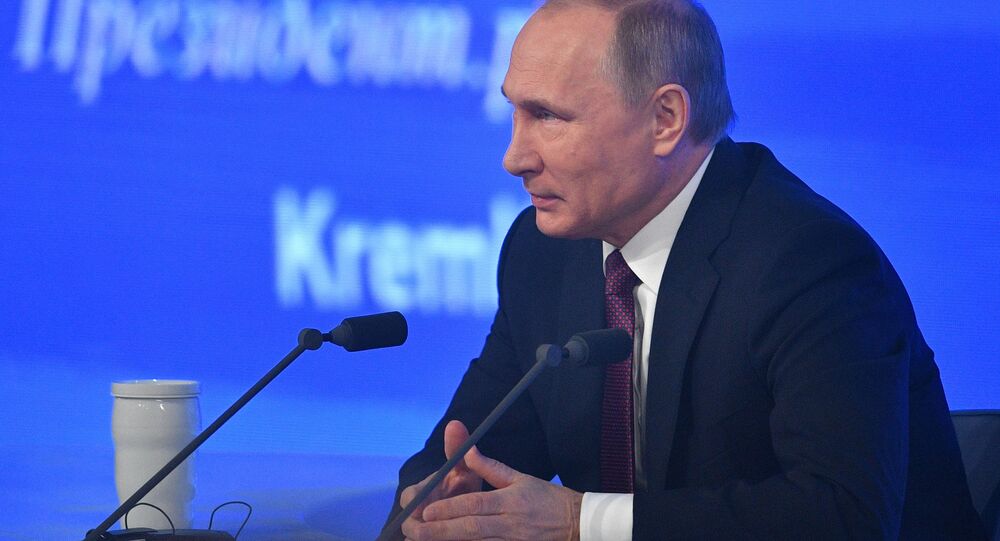 Russia acts in compliance with all international agreements in the process of its nuclear potential modernization, Russian President Vladimir Putin said at annual press conference Friday.

MOSCOW (Sputnik) — Russian President Vladimir Putin is holding a major end-of-the-year press conference, where he is expected to focus on economic issues, the situation in Syria, Russia-US relations and the Ukrainian peace settlement.

"We act, let me stress, in full accordance with all our agreements, including the framework of Strategic Arms Reduction Treaty (START) [between Russia and the United States]," Putin said.

Russia to Thoroughly Investigate Murder of Ambassador to Turkey - Putin