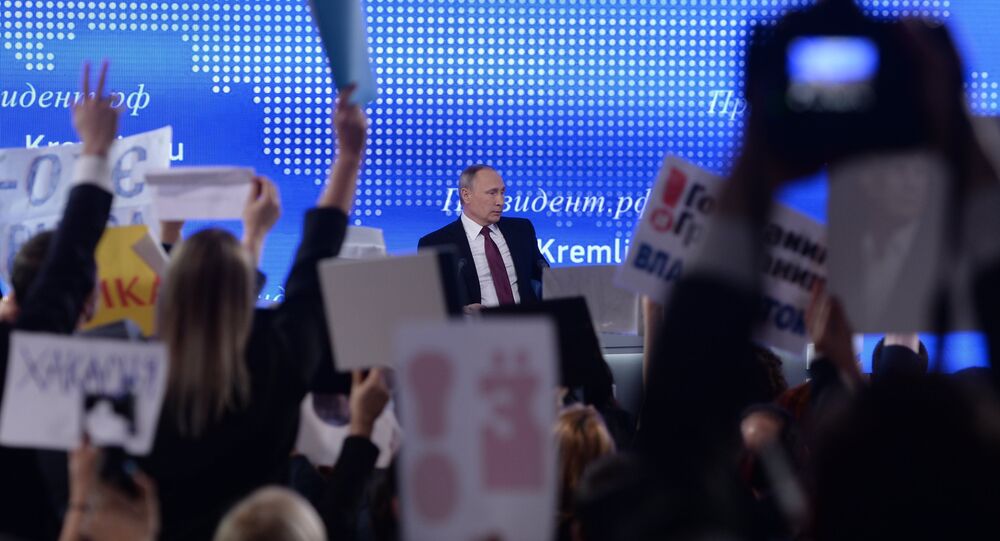 Russian President Vladimir Putin held a major end-of-the-year press conference, where he answered a total of 47 questions on Russia's foreign and domestric policy, including Russia's relations with the US and the EU, the possibility of a new arms race and the murder of Russian ambassdor in Turkey.