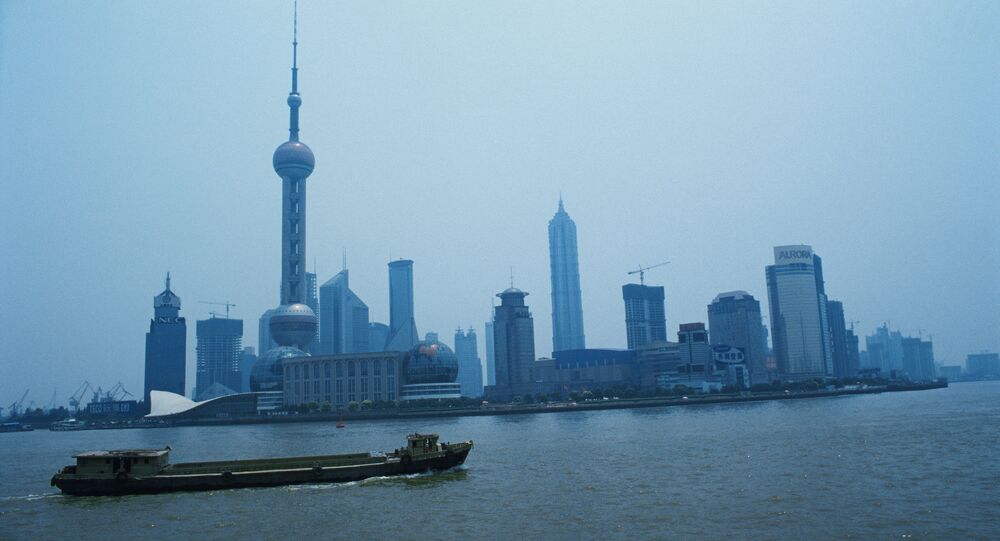 Peter Navarro's selection as a head of the newly created White House National Trade Council signals that Donald Trump intends to reshape US-Chinese relations, Tom McGregor, Commentator at China Network Television told Radio Sputnik. "However, it's going to be a focus on trade wars, not real wars," he stressed.

The crux of the matter is that American economist Peter Navarro is known as a vocal critic of China.

"The formation of the National Trade Council further demonstrates the President-elect's determination to make American manufacturing great again and to provide every American the opportunity to work in a decent job at a decent wage," the transition office said in an official press release, as quoted by Politico.com.

However, some American observers have expressed deep concerns regarding Navarro's appointment.

"Navarro means both metaphorically, and literally, there are coming wars with China that we do not need: One of Navarro's books is titled 'The Coming China Wars: Where They Will Be Fought, How They Can Be Won'," Charles Tiefer, Professor at the University of Baltimore School of Law, wrote in his op-ed for Forbes.

© AP Photo / Lefteris Pitarakis
Poking the Dragon: Trump Wants China 'to Lose Temper, Waste Energy'
"Navarro is not at all just a 'trade hawk' about China.  He is a 'hawk' about China across the board, in all the theatres of struggle, including the military.  Navarro is, about China, in a word, a war hawk," the American academic argues.

However, CNTV Asia-Pacific Commentator, Tom McGregor does not share the alarmist stance.

"Trump is looking for boosting jobs, boosting the economy and he promised on the campaign trail that he was going to fight for those jobs by picking tough trade measures against other countries," McGregor told Radio Sputnik Thursday.

The journalist called attention to the fact that the US has a major trade deficit problem.

"It's five hundred billion dollars," he noted, adding that it's getting worse.

"Navarro is the right pick to help [solve] the trade issues," he suggested.

Still, Navarro's selection as a head of the White House National Trade Council shows that the US President-elect is determined to reshape US-Chinese relations, McGregor admitted.

He noted that he has repeatedly predicted Trump is likely to provoke trade wars between the US and China.

Indeed, in his September interview with Sputnik the journalist said that if Trump wins the November election and enters the White House, there could be more "trade wars" between the US and China.

"However, it's going to be a focus on trade wars, not real wars," McGregor told Radio Sputnik.

© AFP 2021 / WANG ZHAO
China Already Has 'Plan B' to Cope With Trump's 'Unpredictability'
"Trump is basically taking a stand to say 'I am going this way to improve the economy'; whether it's right or wrong we'll find out in a few years," the journalist noted.

However, although Trump's appointment of Navarro, a longstanding critic of China sends a serious signal to Beijing, the crux of the matter is that China remains one of the major holders of the US foreign debt, McGregor noted.

Still, McGregor added that it is highly unlikely that China would dump this foreign debt since it may destabilize the world economy.

In a word, none of the two global powers are in interested in a dangerous gamble.

"[Saving] face is a very big deal [in China]. If you hit me I have to hit you back. So obviously if Trump starts a trade war they have to respond… But it's not a terrible thing because they already have a plan B that even though they may respond and they are likely to respond it's not going to harm them like many people think it will," he told Radio Sputnik on December, 10.

"Cooperation is the only correct choice. We hope the US works hard with China to maintain the healthy, stable development of ties, including business and trade ties," she said.

US to Adopt More Pragmatic Approach Toward China, Russia if Trump Elected