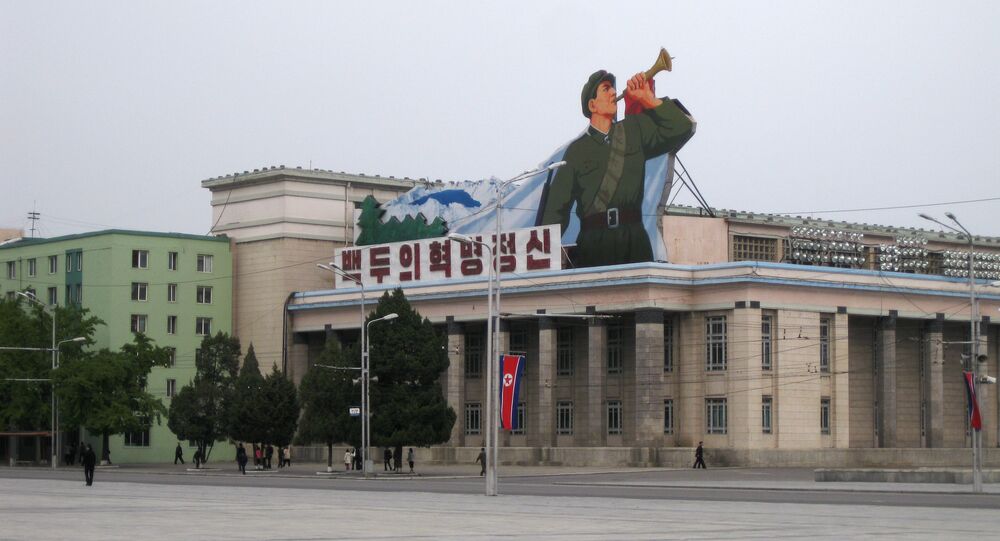 The UN Security Council resolution on new sanctions against Pyongyang is nothing short of a war declaration, and the countries that adopted it will have to face the consequences of this decision, the Foreign Ministry of North Korea said in a statement.

TOKYO (Sputnik) — On November 30, the UN Security Council unanimously adopted a draft resolution imposing new sanctions on North Korea as a result of a nuclear test in September and missile launches.

"In the situation where there are no systems and no legal mechanisms to prevent wars and armed conflicts, the latest UN Security Council resolution on sanctions is essentially a declaration of war, it makes war unavoidable," the statement read, as quoted by the state information agency KCNA.

© AP Photo / Ahn Young-joon
Japan Working on Strengthening Unilateral Sanctions Against N Korea
The North Korean foreign ministry said that the United States and all other countries responsible for the adoption of the resolution will hold responsibility for all consequences of this decision.