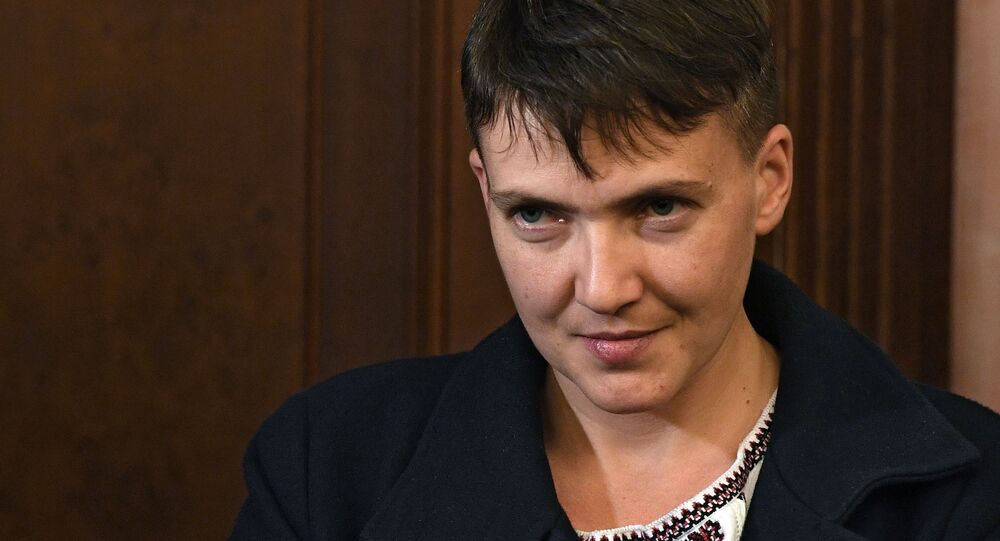 Nadezhda Savchenko, excluded earlier in the day from the Ukrainian delegation to the Parliamentary Assembly of the Council of Europe (PACE), will continue expressing her opinion about the current situation in Ukraine, including at the meetings held abroad, Savchenko's press secretary said Thursday.

MOSCOW (Sputnik) — According to the press secretary, many world politicians were interested in meeting Savchenko and learning about the state of affairs in her country.

"Nadezhda has… explained that she will not change her point of view and would continue explaining on all available platforms in the world, in Europe, the actual situation in Ukraine, regarding war, corruption, political and economic crisis," Tatyana Protorchenko said in an interview aired by 112 Ukraine broadcaster.

According to the decision of the Ukrainian parliament, Savchenko's membership in the delegation has allegedly contributed to her release from custody in Russia, and there are no grounds for such membership at the moment.

Savchenko had been detained in Russia since mid-2014 over her suspected role in the killing of two Russian journalists who were covering the Ukrainian conflict. In late May 2016, Russian President Vladimir Putin signed a decree to pardon the Ukrainian national.