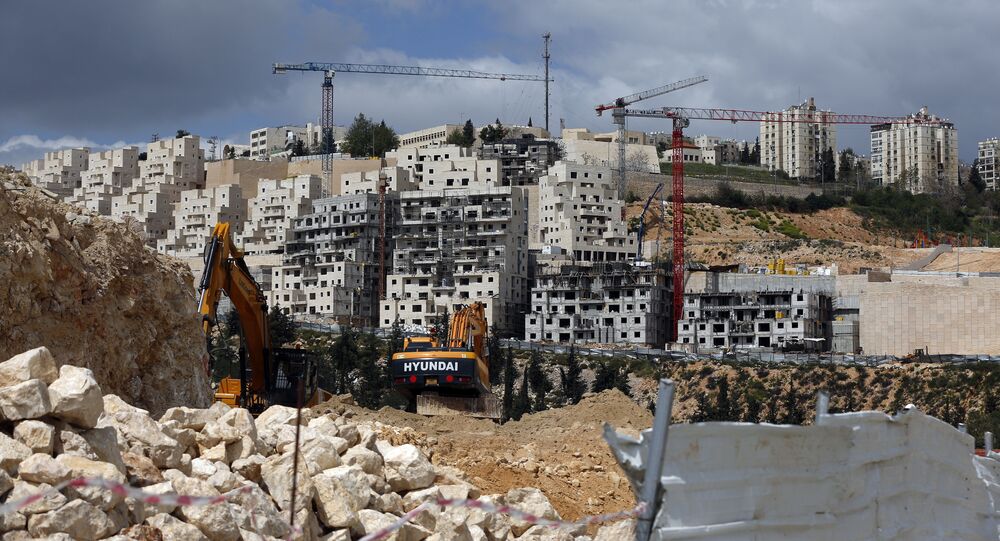 The United Nations Security Council should veto a proposed resolution calling on Israel to stop the building of settlements, US President-elect Donald Trump said in a statement on Thursday.

WASHINGTON (Sputnik) — The draft resolution, circulated by Egypt, states that Israel should "immediately and completely cease all settlement activities in the occupied Palestinian territory, including East Jerusalem."According to the draft, the settlements have "no legal validity" and violate international law.

Before the vote, Israel urged the United States not allow the UN Security Council to adopt this document.

"The resolution being considered at the United Nations Security Council regarding Israel should be vetoed," Trump stated.

In early December, it was announced that the Arab countries had completed work on a draft resolution condemning the Israeli settlement activities as illegal.

Later on Thursday, the UN Security Council is expected to vote on a resolution demanding that Israel stop building settlements in occupied Palestinian territories.

Trump noted that US policy maintains peace between Israelis and the Palestinians "will only come through direct negotiations between the parties, and not through the imposition of terms by the United Nations."

He added that the resolution puts Israel in a "poor negotiating position" and said it was "unfair" to Israelis.

In a Twitter message on Wednesday, Israeli President Benjamin Netanyahu urged the United States to veto the resolution.

The US should veto the anti-Israel resolution at the UN Security Council on Thursday.

An Israeli Capital in Jerusalem? Well, Trump Did Promise Change