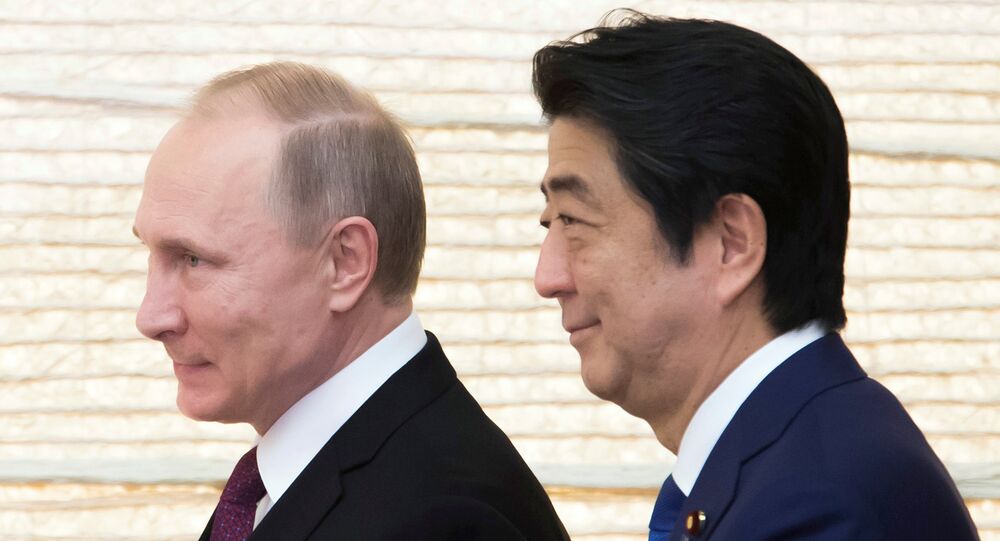 In the wake of the meeting between the leaders of Russia and Japan, the United States has raised concerns over Tokyo's commitement to anti-Moscow sanctions imposed by G-7 nations.

WASHINGTON (Sputnik) — The United States expects the other Group of Seven (G-7) nations including Japan to reject "business as usual" with Russia but would specify whether Tokyo would continue to impose economic sanctions, National Security Council Senior Director for Asian Affairs Daniel Kritenbrink said in a briefing.

"There's a great deal of unanimity within the G 7 including with Japan that we have fundamental concerns about certain actions taken by Russian including its aggression in Eastern Ukraine and Crimea," Kritenbrink told reporters on Wednesday.

© Sputnik / Sergey Krivosheyev
Japan Prepares to Discuss Kuril Islands Economic Projects With Russia in 2017
Kritenbrink was previewing outgoing US President Barack Obama’s scheduled December 27 meeting with Japanese Prime Minister Shinzo Abe in Hawaii, but he made no specific mention of whether Tokyo would continue to participate in imposing economic sanctions on Russia.

"We will not return to business as usual until Russia returns to its Minsk commitments," Kritenbrink stated.

Kritenbrink noted Obama and Abe would celebrate the achievements of the US-Japanese alliance over the past four years, but he gave no specifics apart from mentioning new guidelines on joint training between military forces that were approved last year.