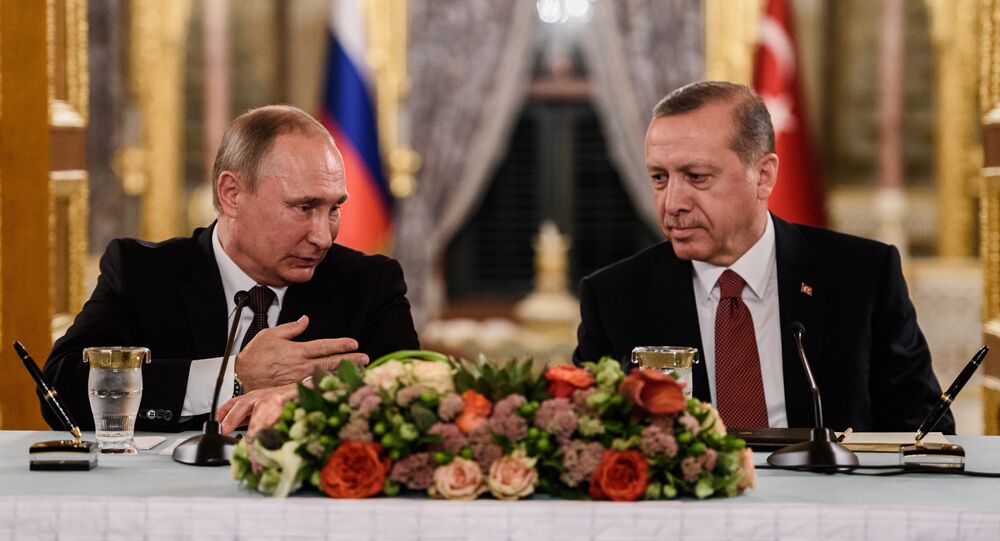 The resumed cooperation between Moscow and Ankara on the Syrian issue will soon be tested by Turkey’s relations with the United States, the European Union and NATO, David Vergili, a representative of the European Syriac Union in Brussels, told Sputnik on Wednesday.

© AP Photo / Burhan Ozbilici
Assassination of Russian Ambassador is Blow to Turkey's Prestige - Kremlin
MOSCOW (Sputnik) — On Monday, Russian Ambassador to Turkey Andrey Karlov was killed by a Turkish off-duty police officer at an art gallery exhibition opening in Ankara. Three more people were also injured in the attack. A number of officials, including Kremlin spokesman Dmitry Peskov and Russian Foreign Minister Sergey Lavrov, said that the purpose of the murder was to prevent the thaw between the two countries.

"Following the failed coup in Turkey and recent tragic assassination of Russian Ambassador in Ankara opened new wave of relations and process between Russia and Turkey and also including Iran for the Syrian issue… The main test for the relations will be the Turkey's future relations with US, EU and NATO. If relations with these powers will be altered, fundamental change will took place in the future," Vergili, who represents different Assyrian/Syriac political and cultural organizations in Europe, said.

He added that this new-born process would soon be tested by Russia, Turkey and Iran comprising the trilateral format of talks on Syria, as well as other powers in the region.

On Tuesday, foreign and defense ministers of Russia and Turkey met with counterparts from Iran in Moscow to discuss the situation in Syria, continuing the reconciliation process started in June, when Ankara apologized to Moscow for downing the Russian Su-24 aircraft in Syria on November 2015.