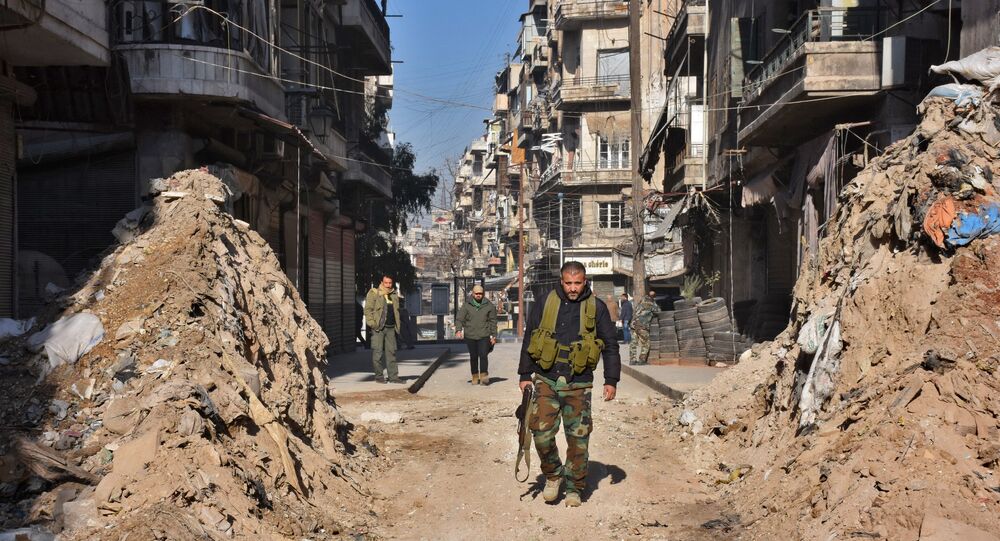 The murder of Russian Ambassador to Turkey Andrey Karlov will not have an impact on Russian-Turkish rapprochement and the process of settling the conflict in Syria, Alexei Sazonov, the Russian envoy to Bolivia, told Sputnik on Wednesday.

MOSCOW (Sputnik) —On Monday, Turkish police officer Mevlut Mert Altintas shot Karlov at an art gallery exhibition opening in Ankara. Karlov died from the gunshot wounds. The Russian Foreign Ministry described the attack as an act of terrorism. The gunman was killed at the scene by the police.

"The opponents of the process for peaceful settlement in Syria, the opponents of rapprochement between Russia and Turkey, tried to sever these processes, but we understand that this terrorist act will not have any political consequences. But we must find and punish the organizers to the full extent," Sazonov said.

The ambassador added that the Russian embassy in Bolivia will take steps to improve its security in the wake of the attack, noting that Bolivian President Evo Morales had condemned the "foul" murder and expressed solidarity with Karlov's family.

© AFP 2020 / OZAN KOSE
Russian Ambassador's Assassin Tried to Kill Russian-Turkish Partnership
Monday's incident in Ankara sent shockwaves throughout the global diplomatic community, prompting foreign ministries and diplomats to condemn the attack in the strongest terms. A number of embassies worldwide, including the US embassy in Ankara and the Turkish embassy in Moscow, have stepped up security measures. On Tuesday, the Kremlin said Russia was taking steps to protect its diplomatic missions abroad.

US Diplomatic Missions in Turkey Open Only for Emergency Services Wednesday