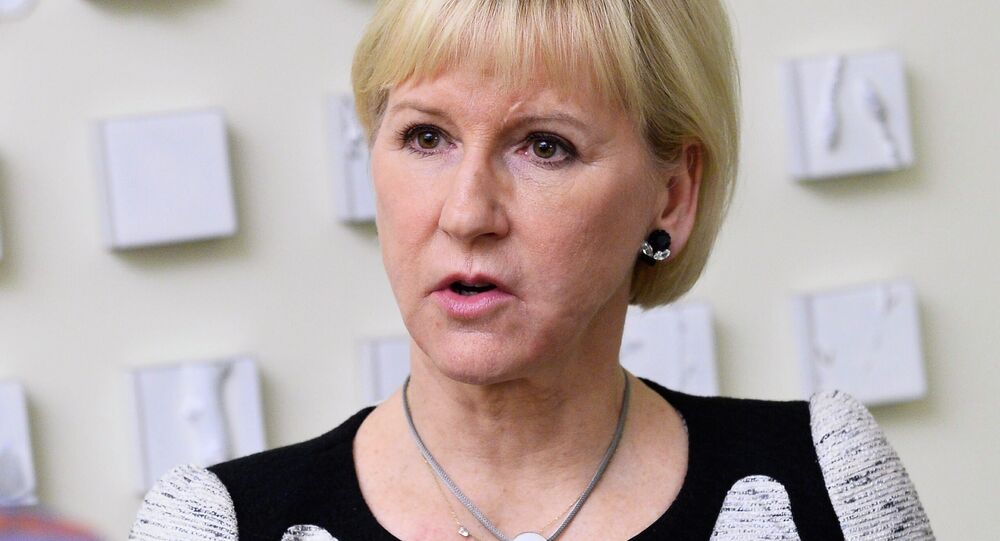 Swedish Foreign Minister Margot Wallstrom said that Russia has a "very provocative posture" towards the neighbors.

MOSCOW (Sputnik) — Sweden believes that Russia’s actions in the Baltic region are provocative yet they pose no direct threat to the country's national security, Foreign Minister Margot Wallstrom said.

© Sputnik / Alexei Danichev
Sweden Increasingly Reliant on Russian Oil Despite Anti-Moscow Rhetoric
In October, the Russian Defense Ministry confirmed Russia had deployed Iskander-M mobile missile systems in its western region of Kaliningrad, bordering NATO members states, namely Poland and Lithuania. The deployment was carried out as part of a routine army practice, the ministry said. However, the European countries regarded the action as threatening the European security.

"We see threats of the use of nuclear weapons. They have had a very provocative posture in our neighborhood, not that we see they are direct threats to our territorial integrity or our security. There are no direct threats to Sweden. But it’s a behavior that’s been very provocative," Wallstrom said in an interview with the New York Times on Sunday.

The Kremlin has repeatedly denied Russia was not a threat to any country, but will respond to actions that are potentially dangerous to its interests. Foreign Minister Sergey Lavrov stressed in June that Russia would not be dragged into a confrontation with the United States, NATO and the European Union and would ensure the security of its citizens under any circumstances.