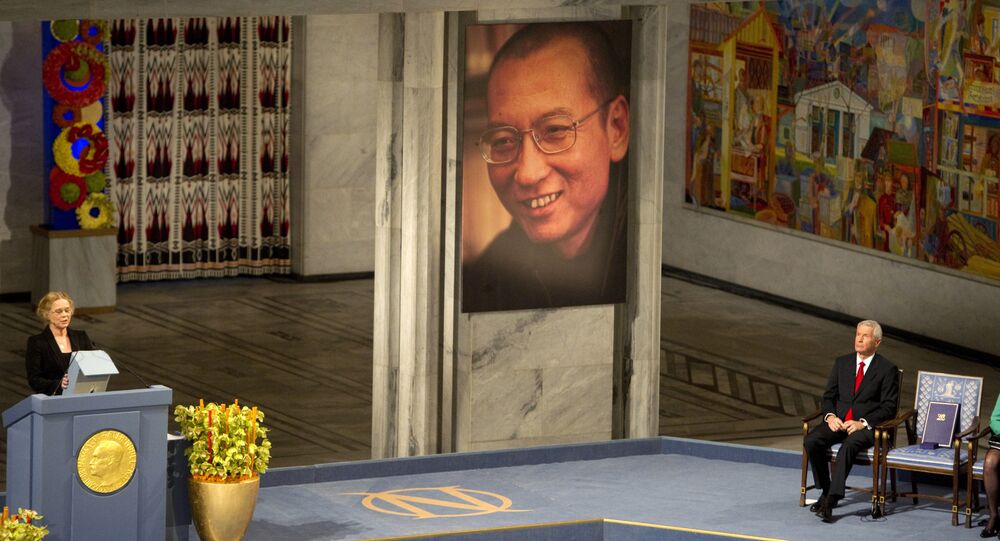 Norway, China to Restore Ties After 2010 Row Over Nobel Prize for Liu Xiaobo

"I am pleased that we are here today in Beijing and can declare the full normalization of our political and diplomatic relations with China. This provides for great opportunities for cooperation," the ministry said in statement, citing Foreign Minister Borge Brende.

© Flickr / Timo Noko
Chinese Companies to Invest in Norwegian Ports Near Russian Border
According to Brende, the sides decided to immediately resume negotiations on a free trade agreement. The two countries also agreed on the full normalization of the Norwegian exports to China, as well as the continuation of bilateral talks on a wide range of issues, particularly, the cooperation in the Arctic.

In 2010, the Norwegian government appointed an independent committee to select the Nobel Peace Prize winner, which decided that Liu should be awarded the prize for the struggle for fundamental human rights. In China, Liu is a political prisoner, who was awarded his Nobel Peace Prize while in his fourth prison term. China has demanded an apology, but Norway responded by saying that the decision-making did not directly involve the Norwegian government.

Nobel No-Shows: A Look at Prize Winners Who Didn't Attend the Award Ceremony

Nobel Prize Winner Slams Finnish Wages for Being 'Too High'