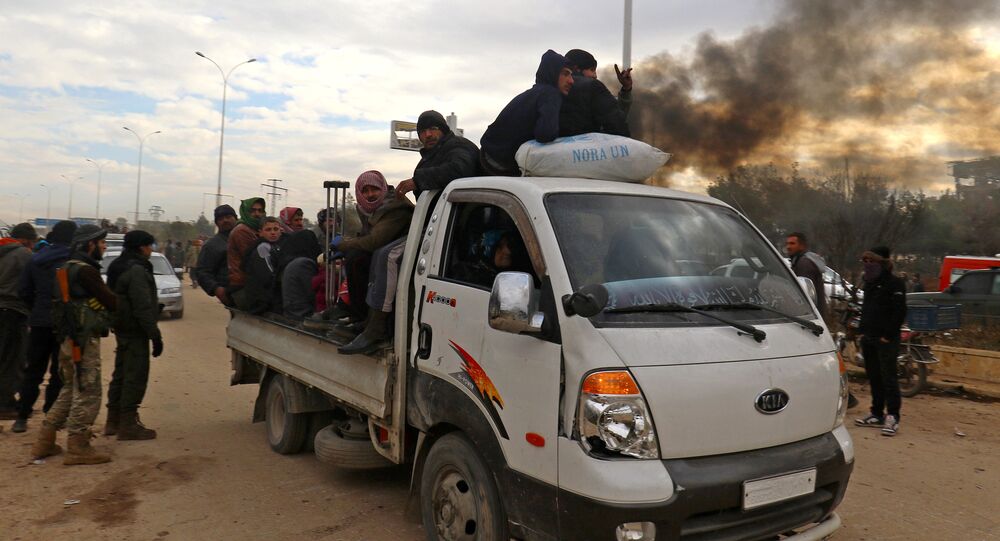 The statements of the West and Arab states concerning the situation in Aleppo are scandalous and condone terrorism, spokesman of the Iranian Foreign Ministry Bahram Ghasemi said on Saturday.

© REUTERS / Omar Sanadiki
Evacuation Operation in Aleppo Really Separated 'Moderate' Rebels From Terrorists - Russian MoD
MOSCOW (Sputnik) — On Thursday, UK Foreign Secretary Boris Johnson summoned the Russian and Iranian ambassadors. He stated that Iran and Russia did not deserve credit for the evacuation of civilians from eastern Aleppo and only prolonged the suffering of Syrian people through supporting Syrian President Bashar Assad and his administration.

"Propaganda policy and double standards of these countries, which explicitly or secretly support terrorists in Syria and other regions, are becoming evident in all this senseless fuss," Ghasemi said.

On Friday, the Russian Defense Ministry's center for Syrian reconciliation said that the Syrian army's operation to liberate the eastern neighborhoods of Aleppo was over, and that the Syrian government troops were eliminating separate hotbeds of militant resistance. On the same day, the reconciliation center said that the operation to take militants and their families out of Aleppo had ended.