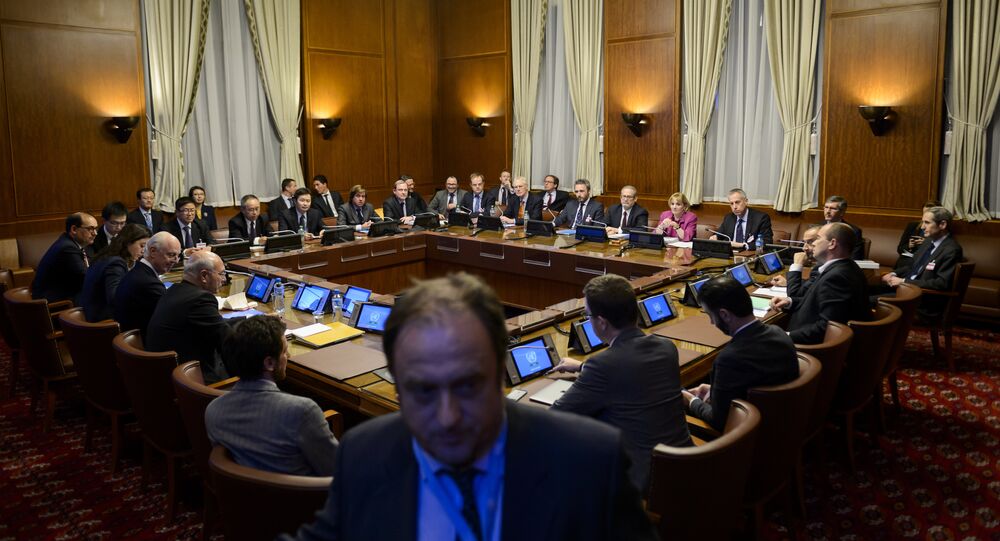 © REUTERS / Brendan McDermid
Russia Questions Parts of French Plan for Syria’s Aleppo, Welcomes Larger UN Role - Churkin
GENEVA (Sputnik) — Earlier in the day, the Russian Defense Ministry's center for Syrian reconciliation said that the Syrian army's operation to liberate the eastern neighborhoods of Aleppo was over, and that the Syrian government troops were eliminating separate hotbeds of militant resistance.

“Due to the liberation of Aleppo, the issue of an active and immediate inclusion of the UN humanitarian units in providing assistance to residents of this city has become extremely urgent. We expect professional and depoliticized actions from the UN representatives in strict accordance with the existent mandate,” Borodavkin said.

He added that it was important amid the fact that Russia was conducting humanitarian operations in the city “practically without any support."

According to Borodavkin, UN humanitarian representatives should “stop politicking” and start providing emergency assistance to people in need.

United Nations High Commissioner for Refugees (UNHCR) spokesman Scott Craig told Sputnik earlier in the day that the organization was ready to provide humanitarian assistance as soon as the city was safe.

Over recent months, Aleppo became a major battleground in Syria with the government troops seeking to liberate the city divided into the government-held western part and the militant-held eastern part and to save civilians thousands of whom have no access to food, water, electricity or medical assistance.