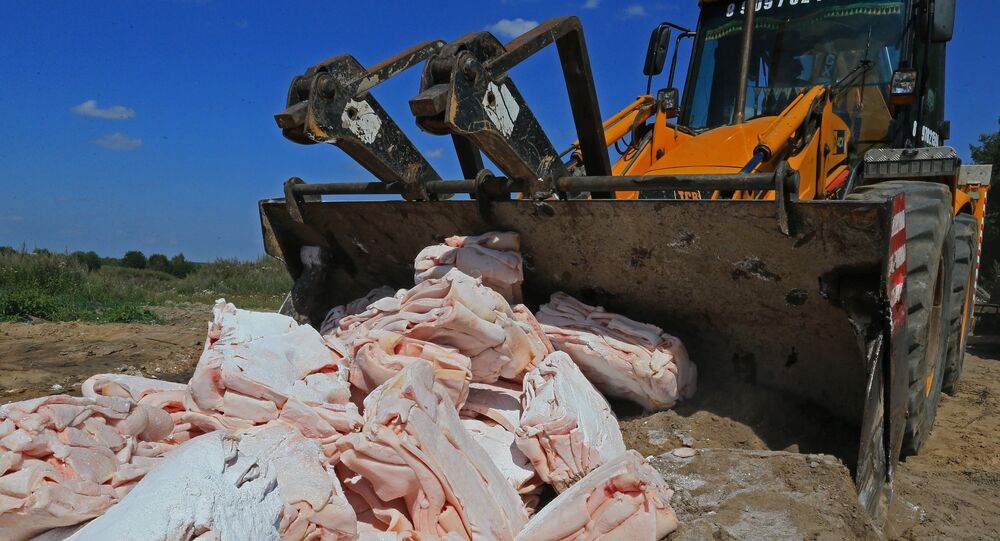 Russia may lift some of its counter sanctions, provided that the products or services let into the country do not hurt domestic businesses, Agriculture Minister Alexander Tkachev said Friday.

MOSCO (Sputnik) — Russia imposed its sanctions in response to the measures introduced against it by Brussels, Washington and their allies in light of Crimea’s reunification with Russia in 2014 and due to Moscow's alleged involvement in the internal Ukrainian conflict, a claim that Russia has repeatedly denied.

"We will very carefully, with great precision,… allow some companies or products into our country, the ones that will not destroy our principles, our foundations and will definitely not make prices fall," Tkachev said in an interview to Rossiya 24 broadcaster.

According to Tkachev, even in case of a successful political solution of the conflict, the counter-sanctions would not be lifted all at once, but gradually.

"Everything has to be profitable and acceptable, first of all, to the Russian agricultural workers," the minister said.

On Thursday, Russian Prime Minister Dmitry Medvedev said that the representatives of the country's agricultural and industrial sectors asked not to lift the counter-sanctions, as they served as a boost to Russian economy.

Extension of EU Sanctions Not to Surprise Russia – Foreign Ministry