Beijing Sending Warning Signals to US Over 'One China' Policy Controversy

Beijing is sending warning signals to Washington, trying to find out whether US President-elect Donald Trump is inclined to reconsider the political basis of US-China relations. Trump seemingly wants to turn the "One China" issue into a bargaining chip, Russian academic Andrey Karneev told Sputnik.

China is deeply concerned by US President-elect Donald Trump's "One China" remarks; according to Andrey Karneev, Deputy Director of Institute of Asian and African Studies of Moscow State University, Trump seemingly wants to turn the Taiwan issue into a bargaining chip.

On Sunday the President-elect noted that the US didn't have to stick to the "One China" policy.

Trump's remarks followed the controversy sparked by his conversation with Taiwanese President Tsai Ing-wen on December 2.

"I don't know why we have to be bound by the one China policy unless we make a deal with China having to do with other things, including trade," Trump said in an interview with Fox News Sunday.

© AFP 2019 / SAUL LOEB
Will Trump Play Taiwan, Dalai Lama Cards in Negotiations With China?
In an interview with Sputnik Chinese Karneev pointed out that the latest attempts to convey Beijing's anxiety over the Taiwan issue to Trump was made by China's Ambassador to the US Cui Tiankai.

Addressing executives of top US companies Wednesday Cui emphasized that "national sovereignty and territorial integrity are not bargaining chips" in a veiled reference to Trump's "One China" remarks.

"Basic norms of international relations should be observed, not ignored, certainly not be seen as something you can trade off. And indeed, national sovereignty and territorial integrity are not bargaining chips. Absolutely not. I hope everybody would understand that," Cui emphasized as quoted by Reuters.

Karneev called attention to the fact that in the course of his Sunday interview with Fox News, Trump specifically criticized Beijing's unwillingness to make concessions to the US on a number of issues, including mutual trade, the situation in the South China Sea and the resolution of the North Korean nuclear problem.

In addition, Trump highlighted that he didn't see anything wrong in his short phone conversation with the Taiwanese President.

"I don't want China dictating to me… Why should some other nations be able to say I can't take a call?" Trump asked. 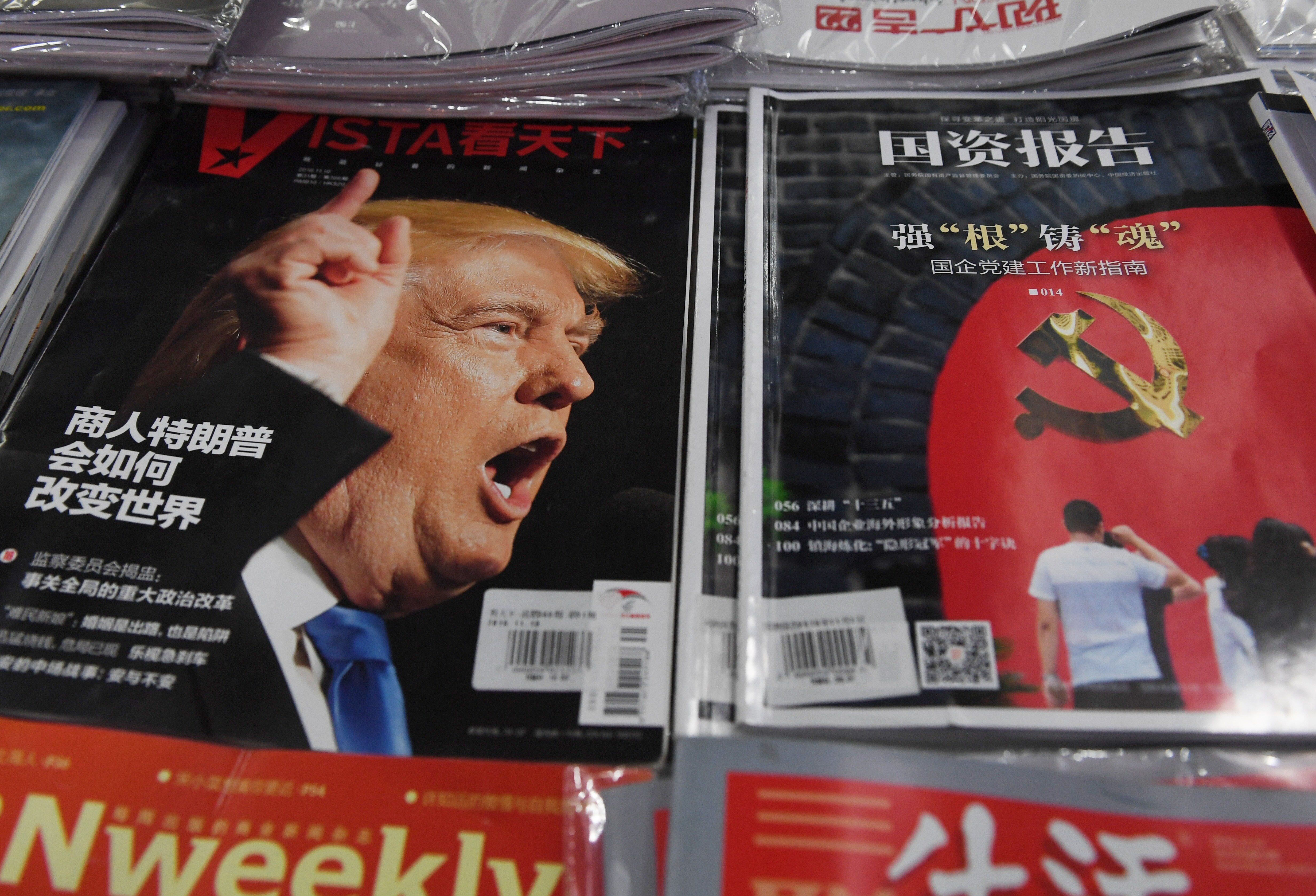 © AFP 2019 / GREG BAKER
A magazine featuring US President-elect Donald Trump is seen at a bookstore in Beijing on December 12, 2016. The headline reads "How will businessman Trump change the world"

Karneev believes that "Trump's statements can be interpreted as a desire to turn the Taiwan issue into some kind of a bargaining chip in relations with China."

"It turns out that the US' compliance with the 'One China' policy is not unconditional, as it was initially expected [by Beijing] when the [US-Chinese] diplomatic relationship was established. Now, every time when Washington is discontent with China's position on some matter, Trump will return to the Taiwan issue and demand that China make concessions [to the US]," the Russian academic suggested.

© AP Photo / Tsering Topgyal
No, Trump Meeting With the Dalai Lama Wouldn't Actually Break US-China Relations
Karneev added that this is one of potential scenarios which can be used by Trump. He also recalled that Vice President-elect Mike Pence has recently highlighted the importance of the "One China" principle to the US-Chinese relationship.

Still, it seems that Beijing has taken the US President-elect's comments to heart.

An Fengshan, a spokesman for China's Taiwan Affairs Office, told a news conference Wednesday that any interference with the "One China" principle would impact "peace and stability in the Taiwan Strait."

According to Karneev, Beijing will try to find out whether the US President-elect is serious about reconsidering the political basis of US-China relations before Trump's inauguration in January, 2017.