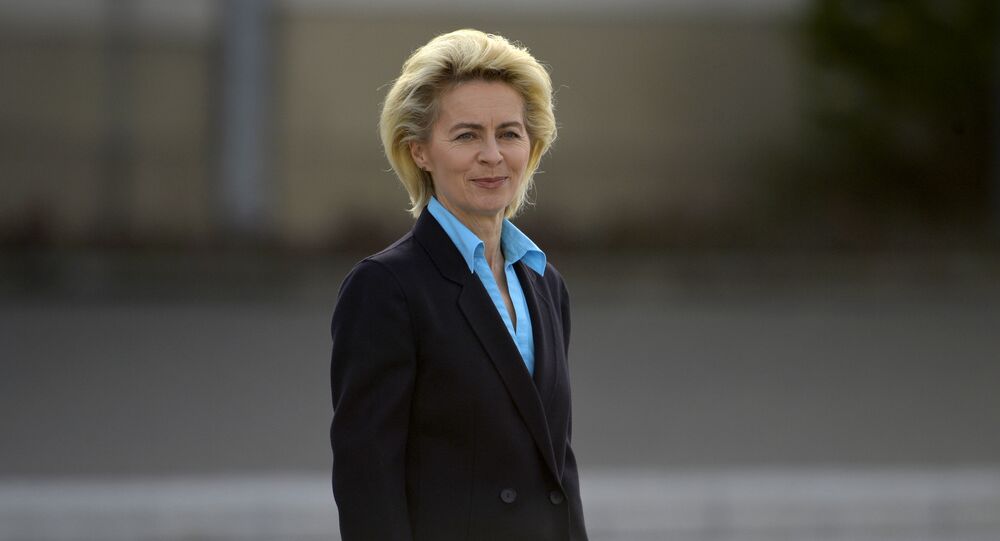 German Minister of Defense Ursula von der Leyen recently paid a visit to Saudi Arabia during which both countries discussed cooperation in the military field. Reports say that from now on Germany will not only supply weapons to Saudi Arabia, but also train its army officers.

"Cooperation between Germany — the country that advocates values such as freedom, democracy and human rights — and a dictatorship government, which has no problems with cutting off prisoners' heads, is remarkable in itself. This demonstrates the double standards of the German political circles. In my view, this demonstrates that the Western values are eventually only of ideological and propagandistic nature," the politician said.

Germany's readiness to cooperate with Saudi authorities has elicited criticism from opposition parties, which object to Berlin's military ties with Riyadh, all the more since Saudi Arabia launched a bombing campaign on Yemen in March 2015.

"They [Saudi Arabia] need weapons to enhance its strategic domination in the Middle East and become a regional power. Now it is most evident in Yemen, which is being bombed by the Saudis, because there was a revolution of Shiite forces there. And the West shyly looks away and basically doesn't want to raise the issue of what is going in Yemen," Neu said.

In September the UN humanitarian coordinator said that at least 10,000 people had been killed or wounded in the Yemeni conflict. In late August the UN had estimated the civilian death toll at 3,799, with air strikes by the Saudi-led coalition responsible for around 60 percent of deaths.

© AFP 2021 / FAYEZ NURELDINE
We Won't Sell You Guns, But We'll Show How to Use Them: Berlin Invites Saudis for Military Training
Although Saudi Arabia is actually a member of the UN Human Rights Council, Neu believes that such membership is evidently not a guarantee for a country to pursue a human-friendly policy.

"Members of the Council are elected. So it is just about power," the expert stated.

Neu also recalled that although Saudi Arabia is a part of the US-led international coalition against Daesh, the ideological orientation of the Saudi royal house is "wahhabism," a radical course in Islam, which is very similar to the ideology promoted by Daesh terrorists.

"Although Saudi Arabia is forced to officially participate in the fight against Daesh, it does so, in particular, to suppress any competition to wahhabism. So, obviously, the German government supports the jihadists and Islamists who in Europe would be considered terrorists, but in Syria are considered rebels seeking to liberate the country from Assad. Germany, other European countries and the United States support jihadists in Syria and thus, in fact, act in concert with Saudi Arabia," the expert concluded.