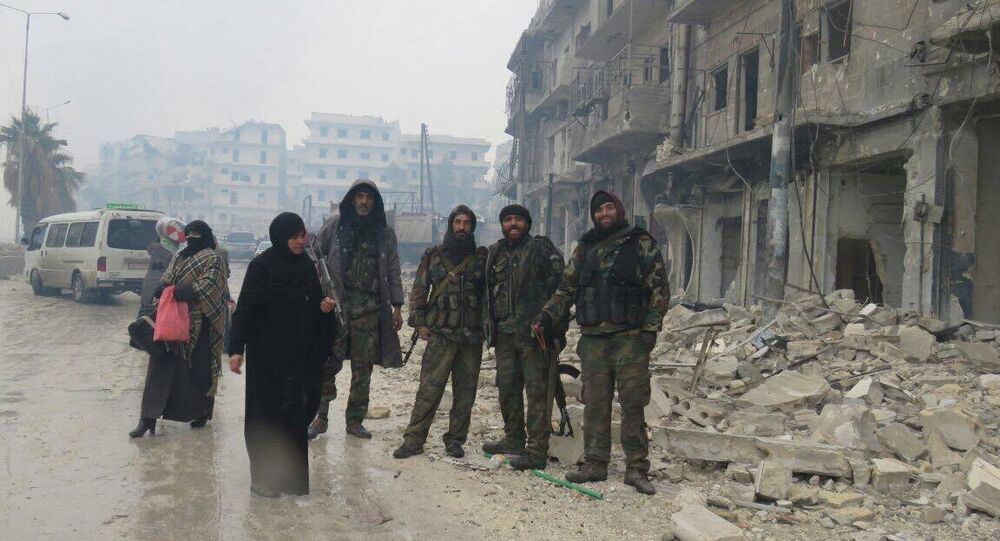 The truce and the launch of the evacuation from the Syrian Aleppo are related to Wednesday’s phone talks between Russian President Vladimir Putin and his Turkish counterpart Recep Tayyip Erdogan, Kremlin spokesman Dmitry Peskov said Thursday.

MOSCOW (Sputnik) – On Wednesday, Putin and Erdogan discussed bilateral relations, as well as the situation in war-torn Syria during a phone call. They confirmed their readiness to further cooperation in elimination of the terrorist threat in the Middle East region and stressed the necessity to intensify efforts to improve the humanitarian situation in Aleppo and to contribute to the launch of the political settlement in Syria.

"Some issues which were discussed, are interconnected with the presently occurring processes," Peskov told reporters.

Since 2012, Aleppo, formerly the largest city in Syria, has been heavily involved in the conflict between the government forces and militants, which led to the city eventually dividedinto the western part held by the government and the eastern part controlled by the militants.

Over the recent months, Aleppo became a major battleground in Syria with the government troops seeking to liberate the city. The Russian reconciliation center said Wednesday only 1 square mile of the city's territory was still under the militants’ control.