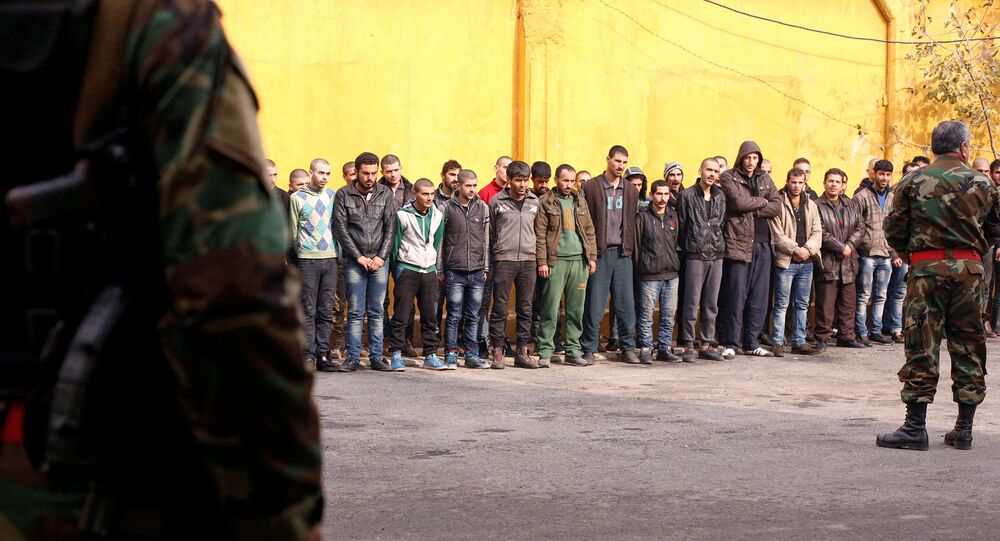 Aleppo Evacuation to Dominate Agenda of Russia-Turkey-Iran Talks on Dec.27

The evacuation of Aleppo will be the main issue of the trilateral meeting between Russia, Turkey and Iran.

© Sputnik / Ali Hassan
Four Injured in Attack on Convoy of Evacuees in Syria's Aleppo – Ankara
ANKARA (Sputnik) — The evacuation of the Syrian city of Aleppo will be the main issue of the trilateral meeting between Russia, Turkey and Iran which will take place in Moscow on December 27, Turkish Foreign Ministry's press secretary Huseyin Muftuoglu said Thursday.

"On December 27, Moscow will host a trilateral meeting. Its representation level is yet unclear, but it will be a very important meeting. We have always stressed the importance of a political settlement, but the main topic at the meeting will be the evacuation of the population of the city of Aleppo," Muftuoglu told journalists.

Over the recent months, Aleppo became a major battleground in Syria between the army and militants, with the government troops seeking to liberate the city. The Russian reconciliation center said Wednesday that only 1 square mile of the city's territory was still under the insurgents’ control.

Since 2012, Aleppo, formerly the largest city in Syria, has been heavily involved in the conflict between the government forces and militants, which led to the city being eventually divided into the western part held by the government and the eastern part controlled by the militants.