Bulgaria's membership in NATO and the European Union does not mean that Russia should be considered by Bulgaria as an enemy, the country's president-elect, Rumen Radev, said on Wednesday. 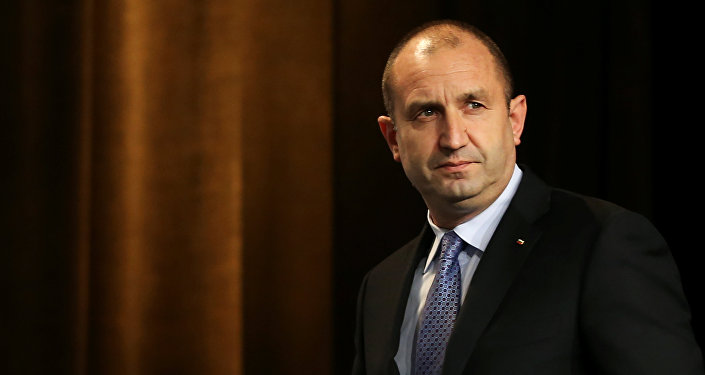 © REUTERS / Marko Djurica
Bulgarian President-Elect Hopes to Rebuild Trust in Ties With Russia
PARIS (Sputnik) — Radev, a former air force commander and an independent candidate backed by the Socialist Party, won the Bulgarian presidential election on November 13. Radev is considered to have a pro-Russian position.

"Together with Iliana Iotova, who will be the vice-president, we defended a clear position that… Bulgaria is a member of NATO and the EU. Both in historical and cultural terms, Bulgaria has always been a European state. It has chosen a stable and sustainable path of pro-European.. development… We want to gain a foothold as a reliable NATO partner, but this does not mean that Bulgaria has to be an enemy to Russia, with which we have common important economic interests," Radev told Le Monde newspaper in an interview.

He also called for the lifting of the European sanctions against Russia, adding that the restrictive measures were hardly a solution.

"[The sanctions] are harmful not only to Russia, but the EU as well. It may not be a problem for strong economies, but for the fragile economies, like Bulgaria's, it is a problem. It has a direct impact on agriculture. The Bulgarian companies have closed down, jobs are lost," Radev said.

Bulgaria's Relations With Russia May Improve Under New President Radev

Bulgaria's Ties With Russia to Strengthen Under New President