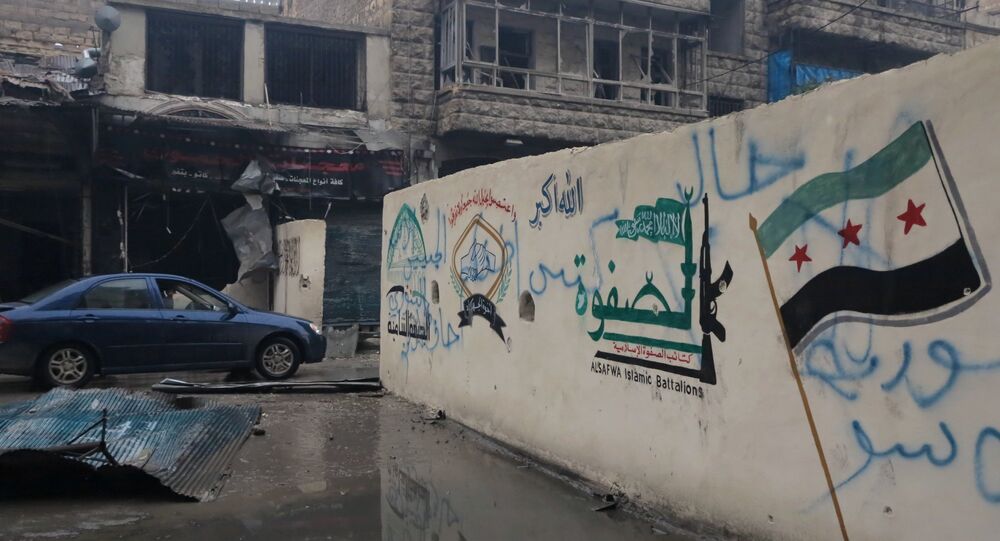 Residents of the Syrian city of Aleppo are preparing to return home since the city is almost liberated, member of lower chamber of Czech parliament, who is part of the delegation to Syria, Leo Luzar told Sputnik Wednesday, after a visit to Syria.

MOSCOW (Sputnik) — Over the recent months, Aleppo became a major battleground in Syria between government forces and militants. On Tuesday, the Russian reconciliation center said that the Syrian government army was controlling over 98 percent of the territory of Aleppo, with militants present in less than 3 square kilometers (1.1 square mile).

"Learning about the liberation of Aleppo, people are preparing to return home, the mood is as if the war is coming to an end," Luzar, who visited a refugee camp in Damascus, said, adding that the conditions there were harsh but the camp was equipped with necessities.

© Photo : AFP, George OURFALIAN/ REUTERS/Khalil Ashawi
Scars of the War-Torn Aleppo: Before and After
9
He added that his delegation had a meeting with Syrian lawmakers, who asked to help in lifting of sanctions, as trade was vital for Syria.

Commenting on the criticism that the visit meant support for the government of Bashar Assad, Luzar stressed that Czech delegation was not the only EU delegation to visit Syria.

"As of criticism regarding our trip, I would say one thing, we are not the only EU country to come here. Not to understand the importance of such visits and contacts means to be outside the real world policy," he concluded.