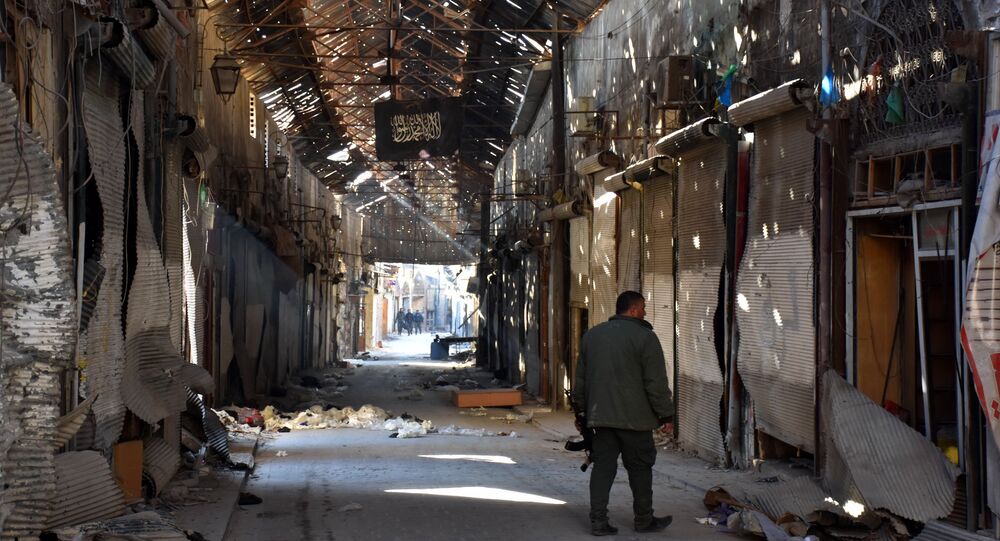 "By the way I know first-hand assessments of independent humanitarian organizations, which still have their representatives in east of Aleppo. None of them confirm reports about committed atrocities, kidnapping of service-aged people, who are escaping from eastern Aleppo,” Lavrov said.

© REUTERS / Omar Sanadiki
The Real Deal: How Aleppo Residents Are Reacting to Their City’s Liberation (PHOTO, VIDEO)
On Tuesday, Rupert Colville, spokesman for UN High Commissioner for Human Rights, said that the Syrian government forces had allegedly killed at least 82 civilians in their offensive on the militants-held districts of the city of Aleppo.

On Monday, UN special envoy for Syria’s adviser Jan Egeland accused Russia and Syria of being responsible for alleged atrocities during the liberation of Aleppo.

Kremlin spokesman Dmitry Peskov dismissed the allegations saying that Egeland had not mentioned the atrocities carried out by militant groups in Aleppo, evidencing that he was not aware of the situation on the ground.

Russian Defense Ministry spokesman Maj. Gen. Igor Konashenkov said Tuesday that the Syrian army was "humane in every sense in regard to civilians" in Aleppo and added that militants in eastern part of the city had used some 100,000 civilians as a shield.