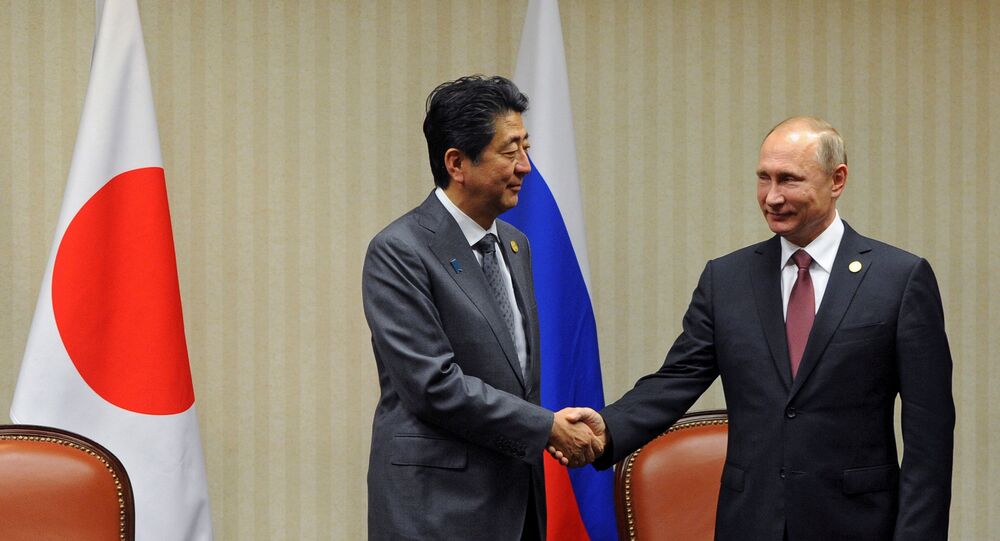 Kremlin Hopes Talks Between Putin, Abe to Be 'Meaningful and Successful'

Moscow hopes that the talks between Russian President Vladimir Putin and Japanese Prime Minister Shinzo Abe will be successful and meaningful, given previous productive meetings this year, Russian Aide to the President Yury Ushakov said Tuesday.

MOSCOW (Sputnik) — Vladimir Putin's visit to Japan will start December 15. The visit is seen as a breakthrough in Russia-Japan relations taking into account that it has been delayed since 2014.

"All three meetings [between Putin and Abe this year] have been very productive and we have hope and even certainty that our relationship will be able to move forward in Japan. We hope that the talks will be meaningful and successful," Ushakov said.

© AFP 2020 / IVAN SEKRETAREV / POOL
No Souvenirs: Why Putin Will Not Give Kurils to Abe
Japan lays claims to Russia's Kunashir, Iturup, Shikotan islands and the Habomai group of islets. Tokyo's stance has prevented Russia and Japan from signing a peace treaty after World War II.

Putin and  Abe may announce the beginning of joint economic activities on four Kuril islands at the end of the upcoming talks, Ushakov added.

"The variant of a joint announcement is being worked on. It is about dynamic joint economic activity on four [Kuril] islands," he said.

According to Ushakov, 10 intergovernmental documents are being prepared for signing and up to 15 commercial ones. The businessmen may sign about 50 additional contracts.